A grid-interactive PV system implies that a PV system is tied to the grid but can stand alone if the grid goes down. Essentially, it offers the best of both off-grid and grid-tied systems. 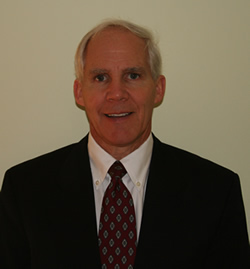 Trends in renewable energy are moving forward so quickly, sometimes even the most experienced and knowledgeable system integrators aren’t immediately aware of the latest options available to them. This is certainly the case in the photovoltaic (PV) market, where the availability and value of battery-backed PV inverter systems is gaining momentum. For high-end and mission-critical system deployments in particular, the rise of battery backup options for grid-tied PV systems is significant news. These grid-interactive systems answer questions about preparedness, control and independence that integrators have long asked. The need for ease of implementation, reliability, cost and environmental impact is solved with grid-interactive power that is now among the most attractive solutions available.

What is grid-interactive renewable energy?

To answer this question, it’s important to review the history of PV systems. Only 10 years ago, “off-grid” PV systems dominated. These systems were primarily used for remote radio, monitoring sites, or remote cabins and houses where the utility grid didn’t exist or would have been too expensive to connect to. PV modules and particularly the inverter/charger power conversion systems had to be ultra-reliable because this was not only the primary means of powering equipment, but the only means. Batteries, and sometimes generators or other energy sources, were included to provide power 24 hours a day, 365 days per year.

Over the past 10 years, this market segment has grown, but grid-tied applications have exploded. Grid-tied PV systems use PV modules with high-voltage string inverters to convert direct current from the modules to alternating current of the grid, feeding the energy directly to the grid. This market has been fueled by various federal and state incentives and feed-in-tariffs that significantly improve the economics of PV systems compared with utility-based generation.

A grid-interactive PV system implies that a PV system is tied to the grid but can stand alone if the grid goes down. Essentially, it offers the best of both off-grid and grid-tied systems. Grid-tied systems are required by safety standards to disconnect from the grid if the grid experiences a problem or goes down. Grid interactive systems are allowed to continue operating and generating power from the PV modules, the battery backup system and/or other energy sources such as a wind turbine or generator that are part of the system.

The sophistication of today's world has made demand for reliable power more critical than ever before. PV-powered renewable energy systems have become a significant option in providing clean power in remote locations, in supplementing power systems to provide continuous power or helping to control rising utility costs. If utility power is lost with a traditional utility grid-tied inverter, one cannot use the renewable energy source.  For people who want the ability to reduce their energy consumption and save on their utility costs, while maintaining the ability to use their renewable energy source in the event of a utility power failure, a grid-interactive system is the answer.

A grid-interactive renewable energy system lets users demonstrate their commitment to a renewable energy future without risking the outages that can sometimes accompany fully off-grid power generation. With grid-interactive systems, users draw first from their solar, wind or hydro power sources into their electricity applications (and in some cases, back to the utility, as well). When those sources of energy are unavailable, the electric utility grid becomes the primary power source. Conversely, when the grid experiences an outage, the renewable energy sources are available as backup power. The result is a far more reliable source of energy that lowers utility bills and shrinks carbon footprints.

So why hasn’t grid-interactive been the prevailing model? The dichotomy of the energy conversation has something to do with that. On the off-grid side, early proponents of renewable energy developed their vision outside of the existing grid. Practical solar electricity generation was incubated by groups of innovative enthusiasts who often started by outfitting their own homes and businesses and then doing work for others. In the off-grid days, they had the luxury of evaluating and selecting different components to come up with customized systems, similar to stereo systems before components became systems and then shrunk to MP3 players with headphones. Today, while that approach is still valid for specialty and niche applications, we’re entering the mass production phase of the industry, and more scalable building blocks – such as grid-interactive inverters – are available and easy to install.

Grid-interactive inverters provide clean, reliable backup power almost instantaneously in the event of a power outage. The systems on the market today work with battery banks that cycle well and store more energy, providing much longer backup times than typical uninterruptible power supplies (UPS). Inverter chargers can also be designed to work in conjunction with a generator to provide even longer run times.

As the business of solar and other renewable energy becomes more mainstream, there’s increased interest in taking the smarter, more modular and better built products from the demanding off-grid side and using them as more capable, reliable and robust solutions on the grid side. The trend toward pre-assembled systems comprised of superior components is driven by the needs of an evolving installer base that looks at solar more as a business instead of a hobby.

The next generation of solar and other renewable energy customers will be interested in both grid-tied operations for ongoing cost savings and reduced carbon footprint, as well as off-grid independence for emergencies and outages. Grid-interactive inverters allow those users to have the best of both models.

Grid-tied inverters are the most popular, but as outages become more frequent and lasting, people are looking for their PV systems to provide clean, reliable power whether the grid is available or not. When people who have grid-tied backup power find out that they still lost freezers full of food or had no heat during the latest power outage, it makes them wonder if there are other options for a solution to the problem. With increasing pressure to reduce dependence on coal and nuclear generation, the grid will be getting less stable over time, not more reliable. Moreover, in developing parts of the world, the grid may be more an adjunct – available only part of the day. That means grid-interactive systems with additional compatible and connectable sources are needed to ensure continuous access to electricity.

The best response to these challenges is to build smarter systems for grid-interactive operation, providing off-grid independence when needed and grid-tied operation for cost savings and quality assurance the rest of the time. Even in places where emergencies are relatively rare, a grid-interactive design ensures superior value and return from renewable power investments.

The next wave of renewable energy

As the natural mid-point between off-grid and grid-tied power, grid-interactive power was long thought to be too complicated of a system to size and install. This is no longer true. In fact, based on ease of implementation, reliability, cost and environmental impact, grid-interactive power is now among the most attractive options available.

Grid-interactive systems will be the next wave in reliable renewable energy. More integrators, as well as residential and commercial building owners, are looking for reduced energy costs and enhanced grid reliability. Similar to how distributed computing was made possible with desktops that are now capable of providing the same computing power as mainframes of only several years ago, grid-interactive systems provide connected and distributed generation in the same system, allowing savings and power independence and security. Residential and commercial building owners and facilities managers have already addressed the low hanging fruit of improving efficiency through lighting, control and weather sealing upgrades. Now, they are increasingly turning to alternative energy sources, such as solar and wind, to offset rising utility costs. For these users and others, the move toward grid-interactive renewable energy provides lower utility costs and more reliable power in today’s often unpredictable world.

Harvey Wilkinson is the General Manager at OutBack Power, where he is responsible for increasing market growth and revenue expansion. With more than 25 years of experience in the energy and technology markets, his previous positions include Ioxus, Inc., A123 Systems, AVESTOR and Beacon Power Corporation.