The trends we are seeing reflect a broad spectrum of innovations, beyond energy generation (nevertheless a central pillar of clean technologies) to new commercialization models, to energy efficiency, to new applications of advances in materials sciences and molecular structures, and to resource sharing platforms enabled by the web. 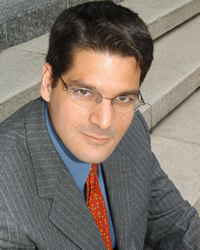 Q3 2013 saw a continuation of a fairly recent trend with four sectors (Energy Efficiency, Transportation, Biofuels & Biochemicals, and Solar) clearly standing out above the rest by both dollars invested and deal volume. Transportation, led by Uber’s large $258mm round, came in on top with $352mm across 22 deals. Efficiency continued to lead by deal volume with 33 deals and $204mm invested. Solar and Biofuels & Biochemicals were neck and neck, both with about $170mm invested across 21 and 17 deals, respectively. These sectors each regularly command between 10-15% of all dollars and deals. Solar no longer defines the entire cleantech category, but is certainly still a hot sector for innovation and venture investment.

Sectors including Hydro & Marine Power, Fuel Cells & Hydrogen, Biomass Generation, Nuclear, and Geothermal Power typically see little deal activity quarter-to-quarter. For some, like Geothermal and Biomass, this is simply because there is not a great deal of innovation occurring. For others, like Fuel Cells, Nuclear, or Marine Power, there is exciting innovation but not many differentiated investment opportunities and often difficult market barriers (Nuclear post-Fukushima, and high capital costs and regulatory burdens with Marine Power).

There are several sectors in the middle which each typically command 5-9% of cleantech dollars and deals. These include Advanced Materials, Agriculture, Oil & Gas, Smart Grid, Energy Storage, Wind Power, and Waste Management.

Any surprising trends in the investor mix or the amounts they are contributing?

Certainly a notable trend is the strong presence we see of both corporate-financial and corporate-strategic investors, taking the shape of either an investment through the Corporate Venture Capital fund (CVC), or a closer operating link via an investment/partnership with a business unit or technology-scouting team. In fact, our latest research report centers on this exact subject: Corporate Partnerships and the affects they have on start-up success or failure. Putting numbers to this, 144 deals in 2012 involved corporates, up from 77 deals in 2006. While there are many recent examples to discuss from the recent past, this quarter highlights include the $258mm investment into the transportation start-up Uber by Google Ventures (and TPG, Benchmark Capital, Menlo Ventures) can’t be missed. General Electric also participated in the $25mm investment into the Oil & Gas company cirisenergy. Saudi Aramco Energy Ventures and Mitsui invested $20mm in Rive Technology, the Advanced Materials / Oil & Gas company, and GE Ventures invested $15mm with the downstream solar company Sungevity.

When it comes to total investment amounts, we’re seeing what looks to be a stabilizing quarterly total something over $1 billion ($1.4bn in 3Q13). While the average deal size had been sliding for 6 quarters, it appears to have also stabilized at around $7mm.

Are there any geographic areas that stand out as receiving more investment than others?

Yes. North America is certainly the largest market in terms of the most innovation across cleantech sectors and the largest venture capital pools. This region typically accounts for around two-thirds of the global investment total and in Q3 did a bit better with $1.1 billion (79 percent of total) across 148 deals (72 percent of total). The Europe & Israel region, led by the U.K., France, and Israel, typically accounts for another third while the Asia Pacific region (led by China, India, and Australia) usually finishes close behind.

Within the United States, California remains the leading state for innovation and investment, with $634mm, or almost half the global total of VC invested in Q3. This was skewed in Q3 by Uber’s large deal but the state regularly accounts for 40+ percent of the global total. Massachusetts, Texas, and Colorado are also innovation hotbeds.

What is the impact of corporates in the cleantech investment space? In your opinion, what are some key strategies to getting funded?

I would be happy to discuss live and in further detail the impact of corporate investments (both strategic and financial). In a word, it’s huge. Here again our latest, and free, research report is completely relevant. One section of that report covers specifically our guidance on making corporate partnerships work:

Further, both the Senior Executive Director for GE Ventures, Colleen Calhoun, and Edward Dineen, the CEO of Siluria Technologies, told us just how critical it is for a start-up to have mapped out, as detailed and clearly as possible, where its technology applies to the broader corporate’s business units. You can hear Ed of Siluria Technologies and David Wells of KPCB discuss corporate partnerships in our advanced materials webinar from last week. A free replay of that webinar is available here.

Are you seeing any specific technologies emerging that are having or may have significant effects on project viability and funding?

As is reflected in our funding data tracked in the i3 market intelligence platform, the magnitude of the decrease in total dollars invested is much greater than the magnitude in the decrease in total deals made (in fact, the deal count has been near or just north of 200 deals a quarter for the past 2 years or so). This trend is reflected in the diminished (though now stable) average deal size, and what it means is that the more capital efficient a given business plan may be, the more likely it is to attract funding. David Wells, Operating Partner, Kleiner Perkins Caufield & Byers, briefly touches on the difficulty advanced materials companies have in attracting VC funding (and energy-related cleantech companies generally, which can have high initial costs and longer runways to commercialization)  in our webinar from last week. He mentions that these capital intensive energy-related start-ups test and stretch the boundaries of the VC model.

Three sectors currently stand out in terms of lots of new, differentiated technologies coming in and investors taking notice. The first would be Agriculture, where so-called Big Data and genetic engineering technologies are seeking higher crop yields and higher resilience in the face of a changing climate. Another is Advanced Materials, spurred on by the endless applications of nano-engineering as well as several large corporate strategic investors in the chemicals industry. Finally, the boom in unconventional oil & gas production has led to lots of new innovation and investment in that sector. I interviewed Jean-Michel Gires, the former head of Total E&P Canada and newest venture partner at Chrysalix, a Canadian Cleantech VC, back in August on this topic and he provided great insight into the forces at play.

Looking to the future, I’d say cheap natural gas will continue to influence things. In addition to innovation in the exploration and production of oil & gas, it will drive other technology areas where gas is a feedstock. Fuel Cells are one example of this where some key corporates are very interested in generating their own power on-site. We also see potential for the Energy Storage sector to draw more interest from investors, given recent state and federal level policy moves designed to spur investment by utilities, and create a level playing field for storage in grid markets for ancillary services where gas peaker plants are often the only alternative.

Are you seeing a bright future for cleantech or are we entering a somewhat stagnant phase of development?

Yes, indeed we do see a bright future for innovations addressing the challenges of a resource constrained world. Looking at the cleantech space from 30,000 feet, we see a system of innovations disrupting massive markets and meeting real needs. At the ground level, our i3 market intelligence platform monitors these innovations and technologies across 18 industry sectors, from advanced materials to smart grid and water & wastewater companies. In total, i3 is tracking over 12 thousand deals comprising $285 billion of investments.

Regarding the size of this market, some facts are useful: the world spends more every year on energy than biotech, software, and IT services combined. We spend a $1 trillion more on energy than on the entire healthcare industry. The rise of a global middle class and the urbanization of billions of people is underwriting the rising demand for direct energy use and access to other resources that require energy to produce. The U.S. represents roughly 1/5 of global energy consumption, and the Department of Defense is the single largest energy consumer in the U.S. It has increased its renewables target to 25% by 2025.

We think what’s past is prologue: the transition from waterwheels to steam engines, from wood fireplaces to coal stoves, from lamp oils to natural gas, and then from oil and gas to electricity for lighting, from railroads to automobiles for passenger travel, these are all market disruptions that look reasonable now, but were met with the same style of incumbent resistance and pessimism facing many of the resource innovations we’re in business to accelerate today. Leaders across industries are recognizing this more and more. Our clients include some of the largest Oil & Gas companies in the world, global diversified industrial operations like Johnson Controls and General Electric, high-tech firms like HP, and utilities like EDF.

And the trends we are seeing reflect a broad spectrum of innovations, beyond energy generation (nevertheless a central pillar of clean technologies) to new commercialization models, to energy efficiency, to new applications of advances in materials sciences and molecular structures, and to resource sharing platforms enabled by the web. Indeed, we’re looking forward to our upcoming Cleanweb and the City event in NYC Nov 12-13 where we’ll be discussing these trends with folks like Zipcar, BMW i-Ventures, Harvest Power, Honest Buildings, NYSERDA, and Hyundai Ventures, among others.

As CEO of Cleantech Group, Sheeraz Haji is one of the world’s most influential cleantech thought-leaders and trusted advisors to global companies and executives. Prior to joining the company, Sheeraz served for eight years as co-founder and CEO of GetActive, a venture-backed software-as-a-service, customer relationship management company. He led GetActive’s merger with Convio, then as Convio’s president built a company with 1,200 clients and 300 employees.

Sheeraz has also worked as a strategy consultant for McKinsey & Company; entrepreneur-in-residence (EIR) for El Dorado Ventures; operations executive for GMO, a global management investment firm; and product manager for Digital Impact (acquired by Acxiom). Sheeraz launched his career as an environmental engineer with Environ International. He has Bachelor of Science and Master of Science degrees in environmental engineering from Brown University and Stanford University respectively. Sheeraz also holds dual U.S. and French citizenship.