The decisions of the European Council indicate the desire for greater integration of European energy markets, with an integration target of 10% by 2030.

The new EU climate and energy proposal:
What are the consequences?

A few weeks ago, the European Council approved the European strategic framework for climate and energy up to 2030 (2030 Climate and Energy Policy Framework). The document has particular relevance in the current context of the double crisis of both economic and energy markets.

The current situation in Europe is rather peculiar. Over the past two to three years we observed a paradoxical evolution of the European energy mix. On the one hand, Europe has set important targets for reducing its greenhouse gas emissions and promoting green energy. These ambitions were realized in the 20-20-20 targets, and are reinforced by the new proposal. On the other hand, however, energy has become, paradoxically, a bit less green. This is particularly the case in countries like the UK and Germany where natural gas has been replaced by coal, leading to an increase in emissions. The low price of coal and, more recently, the low price of oil, have displaced the use of gas that, together with renewables, is the energy source that Europe has to rely on for a smooth transition to a low-carbon society. Nonetheless, total emissions in Europe have been declining, but only because the economic crisis has led to reduced energy demand in many EU countries.

A return to coal – the most carbon-intensive fossil fuel – is inconsistent with the European climate targets. Some reasons for this contradiction can be found in the same European policies. First, the price of CO2 in the European Emission Trading Scheme (EU ETS) fell in the second half of 2011, reaching a minimum of 3 Euro / tCO2 (currently still only 5-6 Euro / t CO2). A signal far too weak to reduce coal consumption and to promote renewable green energy. Secondly, incentives for renewables have promoted renewables significantly, but at the same time these incentives have lowered the price of EUAs by about 10 euros/tCO2[1]. This low carbon price reduces the incentive to invest in energy efficiency and in low-carbon technologies.

The new European proposal therefore comes at a critical time for energy and climate policies, particularly because we should be able to avoid the paradox described above. There are four main elements to the proposal[2]:

The first objective is the backbone of the proposal. Europe clearly confirms its full commitment to reduce its carbon footprint. Despite environmentalists’ hopes for greater targets, these commitments are important and realistic, and in line with the objectives of the long-term decarbonisation of the EU. Indeed the European Council reaffirms the goal of reducing emissions by 80% by 2050 compared with 1990 levels.

The target for renewables is more questionable, given that renewables have already received generous subsidies and are expected soon become competitive with traditional sources. The goal, however, is binding only at EU level, not at the member state level.Member states will have to set their targets through their national plans. Though this will enable the targets to be reached more efficiently, each member state’s freedom to determine its own commitments may lower the effectiveness of the target.

The energy efficiency target is difficult to assess, because it sets the target in reference to a hypothetical future scenario (the projections of future energy consumption) that is difficult to define and whose results will be difficult to monitor.

Finally, the reform of the EU ETS market introduces a reserve of emission permits for stability. With this, the carbon price should finally stabilize and adopt a smooth growth path, thus giving investors a clear, long-term signal. This ‘central bank’ of the emissions is an important measure to provide a stable and unequivocal signal to the markets.

What are the consequences of these proposals for energy markets? In the short term, there are probably only few. Much will depend on the eventual economic recovery, the evolution of unconventional gas in the US (where prices seem to be too low to be sustainable), and the impact of the removal of some pollution permits on the CO2 price. It is likely that the paradoxical situation of the displacement of gas by coal will not be resolved immediately. And low oil prices will further hinder the uptake of gas in this decade.

In the long run (say from 2020), the situation could change and perhaps for the better. Policies to reduce emissions will have the effect of raising the price of ETS allowances, potentially up to 60-80 Euro/tCO2 in 2030 (according to our estimates) or 40-50 Euro tCO2(according to EU calculations). This would give an important signal to energy markets, promoting investment into low-carbon source, and making the use of coal sustainable only if coupled with the capture and storage of CO2 (CCS) whose realization still remains highly uncertain at present.

The renewables targets may not have the expected positive effects. It may continue to depress the price of carbon and also increase the energy cost to consumers. According to the EU assessment, the 27% target on renewables is compatible with the 40% emissions reductions target and is therefore irrelevant, for better or for worse. According to our estimates, however, the 40% emissions targets would lead to a maximum of 22% of the energy mix being generated from renewable sources on final energy demand and 42% on electricity production. Therefore, the EU renewables target would be distortive.

Contrary to some criticisms, the overall economic consequences of these general policies will likely be modest. The EU projections see that the adoption of the 2030 climate and energy package would see a reduction of 0.5% of GDP by 2030. Our estimates suggest that this may go up to 1-1.5% of GDP. In both cases, the overal costs remains quite limited (about0 0,1% per year).

Nevertheless, the near future of the energy industry, especially for gas, remains highly uncertain. Some solutions have been discussed, including restructuring the electricity market and providing incentives for gas in the transport sector. We will see if such solutions materialize in time. The decisions of the European Council indicate the desire for greater integration of European energy markets, with an integration target of 10% by 2030. This could help increase the uptake of gas and therefore trigger a more efficient fight against climate change in the coming decades while we wait for a radical transformation of our energy systems in the second half of the century. 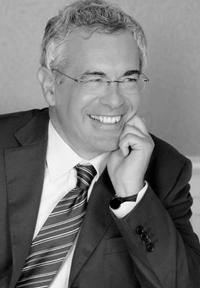 He holds a Ph.D. from PrincetonUniversity. In 2008, he has been elected Vice-Chair of the Working Group III and Member of the Bureau of the Nobel Laureate Intergovernmental Panel on Climate Change (IPCC). He has been working as IPCC Lead Author since 1995.

Professor Carraro is Director of the Climate Change and Sustainable Development Programme of the Fondazione Eni Enrico Mattei, and Director of the International Centre for Climate Governance (ICCG).

He is member of the Green Growth Knowledge Platform (GGKP) Advisory Committee and of the International Advisory Board of the Harvard Environmental Economics Program (HEEP).

He is also member of the Scientific Committee of the International Human Dimensions Programme (IHDP); of the Ifo Institute for Economic Research, Munich; of the Centre for Applied Macroeconomic Analysis, AustralianNationalUniversity; and of the Fondazione Generali, Trieste.

He belongs to the Mitigation Board of the Global Network for Solutions Network (GNCS) at Columbia University’s Earth Institute and to CEPS Carbon Market Forum Advisory Board.

In 2007, he has been elected Resident Member of the Academy “Istituto Veneto di Scienze, Lettere e Arti” and in 2010 of the Academy “Ateneo Veneto” in Venice. He is also President of the Ca’ Foscari International College, San Servolo Island, Venice.

Professor Carraro is also member of the Steering Committee of the Ca’ Foscari – Harvard Summer School (CFHSS), the International Energy Workshop (IEW), and of the Coalition Theory Network (CTN).

He worked as a consultant to the World Bank and to the Economic and Social Research Institute (ESRI), Cabinet Office, Government of Japan. In 2009, he has been awarded the Sustainable Energy Prize by the Italian Association of Energy Economists.