Distribution companies are reluctant to expand grid into rural areas and revenues for tariffs cannot provide sufficient returns to recover the investment. Providing energy access to such villages through stand-alone off-grid solar systems or mini or micro-grids can provide them access to modern energy sources.

Despite political stability and democratic Government, country is facing huge energy challenges in the form of load shedding in Electricity and Gas and this has crippled economy and this energy crisis has inflicted far reaching effects on the social and economic fabric of the county.

Renewable energy resources include Solar Energy, Wind Energy, Hydro Energy, Bio-Energy and Geo-thermal energy.   Pakistan is blessed with an abundance of natural resources which can be utilized for power generation through renewable energy technologies. Towards the North, the high mountain ranges and glaciers provide hundreds of potential sites for run‐of‐the‐river small hydropower. The plains and desert lands in the central part of the country receive ample sunshine and solar irradiation levels go as high as 7.5 kWh/m2. A wind corridor in the southern province of Sindh has already been identified whereas province of Baluchistan promises even more wind power generation potential. Being primarily an agricultural country, there is potentially tones of agricultural residue or ‘biomass’ which can be utilized for power generation.

Apart from hydropower, the power generation potential from other renewable resources (solar, wind and biomass) has not been accurately quantified as yet. The World Bank, as part of their Energy Sector Management Assistance Program (ESMAP) is assisting the AEDB in Renewable Resource Mapping under which Solar, wind and Bio-mass resource maps will be developed and will be available to public without any cost.  These maps will facilitate the investors in having bankable data for Renewable Power Plants in the country. Solar Resource mapping and bio-mass wind mapping have been complete and wind resource mapping will also be completed soon. The project is ongoing and is expected to be completed by 2017. Other donors ADB, KFW, EU and USAID are also funding various renewable energy projects in Pakistan.

Being geographically located close to the equator, Pakistan receives good solar irradiation throughout the country. Global Horizontal Irradiance (GHI) shows highest values in southwest Pakistan, gradually decreasing to the north and northeast of the country with minimums in the Himalayan Mountains. Maximum values of just over 2300 kWh/m²/year are reached in the southwestern region of Baluchistan. The estimated values only decrease gradually towards the northeast of the country and still in more than 90% of the land area values over 1500 kWh/m² are reached (WB ESMAP , 2014).

As per WB ESMAP 2014, The Direct Normal Irradiance (DNI) reaches highest values on dry plateaus or rock deserts when there is little or no dust advection from surrounding regions. Generally, high sums of DNI are available all over Pakistan, with the exception of Himalyian Mountains, estimated peak values exceeding 2700 Kwhr/m2 can be found in north West Baluchistan while 83% of land area still exceeds the threshold of 2000 Kwhr/hr. 100MW solar PV plant has been recently installed at Quaid-e- Azam Solar Park Bahawalpur and another 350MW is being installed through China-Economic Corridor Project and 1MW solar Power Plant is near to operation at Federal Parliament House. According to estimates, 800MW solar PV has been installed considering all kinds of small, medium and large solar systems (off-grid rural, on-grid and hybrid solar systems for domestic, commercial, Industrial, IPP, PPA etc.). The import of solar panels expected in 2015-16 is 1000MW.

Wind map of Pakistan developed by NREL USA has identified that wind with good to excellent speeds is available in many parts of the country establishing a total wind potential of 340000 MW. The gharo-wind corridor having approx. potential of 50,000 MW in the most attractive to investors at this point due to good resource potential as its close proximity to major load centers and the national Grid ( AEDB 2013)

The exact potential will be determined through ESMAP Wind Resource mapping project under which 12 wind masts of 80 meter height will be installed in whole of the Pakistan and this project is expected to be completed soon.

The major issues are Grid Infrastructure, Power evacuation, continuous tripping and forced shut down of Turbines, Operational efficiency of Government, Policy and regulatory frame work and availability of Finance.

Besides large hydro, there is significant potential for development of small‐mini‐micro hydro power. The geographic layout of the country with natural water flow systems and irrigation canals present ideal opportunities for hydropower development. The table below provides figures for small hydropower potential in the country.

Hydropower development in the northern part of the country is being done through numerous public and private sector projects. The large projects involving construction of dams is primarily being managed within the public sector, with the exception of two large run‐of‐river projects at Dasu and Bunji, of 4,300 MW and 7,100 MW respectively. Both projects are under development and will take about another 5‐6 years to completion. Most other run‐of‐river projects are being developed in the private sector with the PPIB currently processing a cumulative capacity of about 15,000 MW. There are numerous off‐grid micro and mini hydro installations in the provinces of KPK and Gilgit‐Baltistan. Based on estimates from a study conducted by GIZ, the combined capacity of mini and micro hydel plants is around 130 MW as of June 2014. Another 877MW is under various stages of implementation and around 1500MW is available for development.

31% of population has no access to modern energy sources and about 63% still rely on traditional biomass for cooking (AEDB 2014). There are more than 40,000 villages which are so far from the grid and it becomes costly and un-economic to extend the grid to these locations (UNDP 2013). Distribution companies are reluctant to expand grid into rural areas and revenues for tariffs cannot provide sufficient returns to recover the investment. Providing energy access to such villages through stand-alone off-grid solar systems or mini or micro-grids can provide them access to modern energy sources. 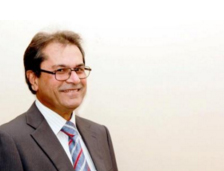 Faiz Mohammad Bhutta  has done B.SC engineering from UET and MBA from IBA Punjab University. He has 35 years of experience of serving at technical and managerial posts in national and multinational companies. He started his career as CNC and Automation Engineer. He is currently serving as Director Projects SESI Pakistan and Director PRENAC – Pakistan Renewable Academy. Apart from his professional career, he has served as visiting teacher on engineering and management subjects in Air University, COMSATS University and UMT and has trained about 1000 person in the area of Solar Energy.

He has also contributed as PEC Task force member on Building Energy Code 2011 Provisions. He is member of PEC task for on “Pakistan Electric and Telecommunication Safety Code of Pakistan”. He is resource person for CPD courses on Renewable from PEC. He is member Energy Committee of PEC.