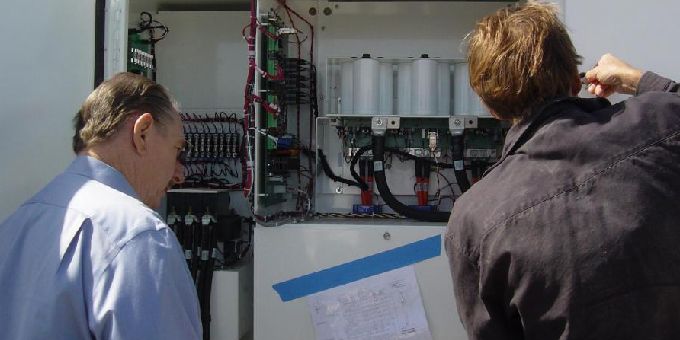 Sun & Heat: Too Much of a Good Thing

It’s well understood that heat affects PV modules – they are tested and rated at 25 degrees Celsius and every degree above that causes power output to drop by up to .5% per degree, depending on the type of semiconductor used.

There is plenty of information available on the PV modue and temperature subject, including another CivicSolar tech article.

So How Does Heat Affect Inverters?

What is not as well understood is that heat also affects solar inverters. The reasons are not the same – although the solar inverter has semiconductor parts in it which loose efficiency as they heat up, the semiconductors themselves are pretty sturdy and can tolerate high heat without breaking down (to a point).

As the inverter works to convert DC power to AC power, it generates heat. This heat is added to the ambient temperature of the inverter enclosure, and the inverter dissipates the heat through fans and / or heat sinks.  The heat needs to stay below a certain level at which the materials in the inverter will start to degrade.  Insulation will become brittle, solder can expand and crack and metal components in capacitors can fatigue.

In order to keep the heat low, the inverter will stop generating power or reduce the amount of power it generates by “derating” as it passes programmed temperature milestones.  Figure 1, below, from SMA, shows how an SMA inverter handles temperature derating. At about 45 degrees C. it starts to ramp down power.

This ramp-down of power can be prevented with six key system design considerations:

Most inverters will derate at around 45 – 50 Degrees C. In the inhabited places of Planet Earth, temperature will rarely climb above 45 degrees C (113 Degrees F). So, simply putting the inverter in a shaded area with good airflow will almost always result in an inverter that doesn’t derate.