Renewable energy has now reached a point where it can compete with fossil fuel technologies, regardless of subsidies, according to Ethan Zindler, head of Americas at Bloomberg New Energy Finance (BNEF). This reality will play out in 2019 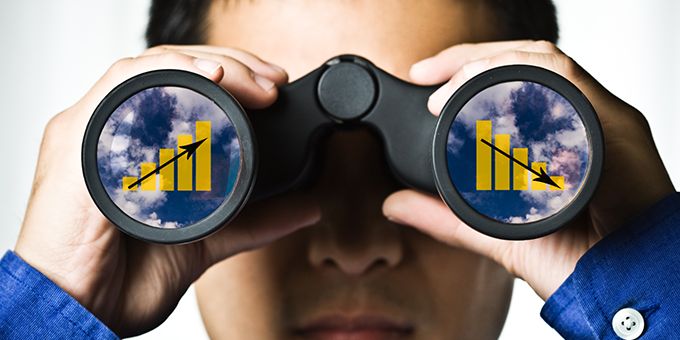 In 2018, much of the talk surrounding the renewable energy market, at least in the U.S., centered around uncertainty about renewable energy policies. Despite these worries, the resilient renewables sector performed well. Renewable energy has now reached a point where it can compete with fossil fuel technologies, regardless of subsidies, according to Ethan Zindler, head of Americas at Bloomberg New Energy Finance (BNEF).

This reality will play out in 2019, and the market will go through some significant changes as it continues to grow and evolve. Here are the trends that will drive the renewable energy market in 2019.

Energy Storage Will Be Increasingly Important

Technologies like solar and wind have had the spotlight in recent years. In 2019, energy storage technologies will start to get a lot of attention. Last year, the use of energy storage technologies increased and will continue to do so in 2019. Energy storage is important for enabling the use of more renewable energy because it counteracts its variability. Wind and solar only produce electricity when the wind is blowing or the sun is shining. Using batteries, we can store that energy so that it's available for use at any time.

Economies Can Grow Without Growth in Electricity Demand

In the past, economic growth typically coincided with increases in energy use. Now, the wealthiest countries can grow their economies without also increasing their demand for electricity, according to Zindler. This is thanks in part to the fact that service-based economies require less energy than industrial ones. Energy efficiency also offers an opportunity to get more from the energy also being produced. The ability to grow economies without using more power is important because it means you can reduce carbon emissions without sacrificing economic growth.

State and Local Policies Will Have an Impact in the U.S.

The federal government in the U.S. may have withdrawn policies that would have helped the renewables sector, but state and local governments have intensified their climate efforts and boosted their renewable energy policies in response. Several states have been considering increases in their renewable energy goals, and some are even targeting 100 percent renewables. Half of all states with renewable portfolio standards are expected to meet their goals by 2021.

Municipal governments have recently started to introduce renewable targets as well. As of December 2018, mayors of more than 200 U.S. communities had adopted targets of 100 percent renewable energy by 2035.

Digital Solutions Will Transform the Grid

Utilities have now widely deployed many of these digital solutions and proven their ROI. We'll see continued deployment in 2019 as well as likely see new technologies. As storage solutions continue to take off, companies will be able to use software to pool their energy resources and use them across the grid.

The U.S. got its first offshore wind farm, the 30-megawatt Block Island Wind Farm near Rhode Island, in 2016. Offshore wind is already a major resource in Europe. 2019 will likely be another big year for offshore wind in Europe, and we'll likely see the markets take off in the U.S., China and elsewhere.

According to the U.S. Department of Energy, the U.S. offshore wind project pipeline in the United States is now at 25,464 MW across 13 states, including Block Island. In Europe, 400 MW are currently under construction and is expected to be completed in 2018.

Procurements by corporations have played a significant role in the growth of the renewables sector. 158 companies have committed to using 100 percent renewable through the RE100 campaign so far. In 2019, we may see this trend move from the largest of companies to smaller ones as well. More companies are also establishing energy and environments requirements for companies that are part of their supply chains, which will give businesses more incentive to go green.

Despite some challenges in 2018, the renewable energy market shows no signs of slowing down. 2019 is sure to be another important year of growth and transformation for the industry.

How to Protect Solar Panels from Environmental Damage

Solar PV systems spend all their time outside, so it's natural for them to encounter the occasional animal droppings or falling acorns. You may wonder how to keep them intact when more prominent issues like thunderstorms and hurricanes roll around, though.