Despite uncertainty about federal tax reform effects and a spate of new import tariffs, strong fundamentals continue to underpin wind and solar growth and supported growth in 2018. And these are buoyed by the 3 enabling trends of emerging policies...

According to the Deloitte 2019 Renewable Energy Outlook, renewable energy saw impressive growth in 2018. What are some of the key drivers of that growth and how will momentum continue in 2019?

Despite uncertainty about federal tax reform effects and a spate of new import tariffs, strong fundamentals continue to underpin wind and solar growth and supported growth in 2018. And these are buoyed by the 3 enabling trends of emerging policies, expanding investor interest and advancing technologies, which we see continuing into 2019.

The strong fundamentals include:

The trends we see coming into sharper focus and likely to shape renewable growth in the coming year are:

Is the industry being driven primarily by Federal, State, Municipal or Private initiatives?

State, municipal and private initiatives such as those mentioned above are all strong drivers of renewable energy growth – and this will likely continue into 2019 and beyond. And it’s all coming from the same place – customers and citizens are showing growing concern about the environment and an increasing desire to use cleaner energy sources with declining costs of renewable energy making it even more appealing. In Deloitte’s 2018 Resources Study of residential consumer and business attitudes about energy, sixty-eight percent of residential consumers said they are very concerned about climate change and their personal carbon footprints, surpassing the previous high-water mark of 65 percent in 2016. And seven in 10 businesses said their customers are demanding that they procure a certain percentage of their electricity from renewable sources, up nine points from the 2017 Study. That’s what’s motivating corporations, non-profits and state and local governments to seek cleaner energy sources. And we’re starting to see increasingly ambitious goals from utilities as well, which leads to your next question . . .

Federal initiatives are generally less of a driver now, though some have been a critical driver including the Federal tax credits.  Those that are emerging now are helpful and include opening the door to federal lease sales of offshore areas for wind development, and the Federal Energy Regulatory Commission’s order 841 requiring grid operators to lift barriers that hinder storage from participating in capacity, energy, and ancillary services markets.

How are electric utilities and the industry as a whole embracing renewable energy and distributed energy resources?

Electric utilities have been the biggest buyers of renewable energy for several years and that is poised to continue as customer demand appears to be growing, and renewable energy is now in many cases the cheapest alternative for utility-scale generation – sometimes even with storage included. Wind- and solar-plus-storage are bidding in cheaper than the ongoing operating costs of existing coal plants in some cases, and are even beginning to compete with gas-fired generation.

In response to the falling cost of renewables, growing customer demand, and as a competitive move, many utilities across the country are boosting the share of generation from renewable energy sources. Xcel Energy’s recently announced goal to be 100% carbon free by 2050 across its 8-state territory, Platt River Power Authority’s pledge to eliminate all carbon emissions by 2030, and NIPSCO’s intention to retire its entire coal fleet within 10 years and replace it primarily with wind, solar and storage are all recent examples of this. And the trend is likely to continue.

Utilities’ embrace of distributed energy resources varies widely. In areas with the greatest penetration of distributed solar, storage, EVs, and other resources, utilities are working to integrate them smoothly into the grid. They also seek to understand how to value them, both temporally and by location, so they can determine costs and benefits for the grid and incentivize DER owners to install assets in the most beneficial locations. This helps utilities as well as regulators and market operators to consider appropriate rates and market structures, as well as potential remunerations for asset owners that may be able to provide grid services.  Utilities are increasingly exploring DER as a way to defer or avoid costs of new transmission and distribution, and some state regulators are requiring they do so in IRPs. Some naturally see DER as potential competition, but they can also be a key component of new business models to generate revenue. DER will likely continue to trigger debates about policies such as net metering and the newer policies that are replacing it.

Is energy storage capability rising at a rate that is keeping up with demand for renewable generation?

Renewable demand is growing steadily and was doing so before the last couple of years when storage has become more affordable and begun to fulfill its role as a game changer. There are other ways to integrate renewables – through DR, smart inverters, better forecasting, etc. and digital technology keeps improving all of those solutions.

But the recent faster-than expected decline of battery storage costs – down about 80% since 2010 – means it can fulfill many of the roles that have always been forecast for it sooner than expected. These include not just renewable integration, but also grid services like frequency regulation, voltage support, and black start, as well as utility services like transmission deferral and congestion relief, and finally customer services such as back up power and demand charge reduction. Storage has all of these capabilities, and technology is developing to continually increase capacity in terms of MWh of electricity that can be stored. It is important when evaluating storage to factor in avoided costs – the thermal power plant that does not need to be built.  That progress will obviously continue to benefit renewables and make renewables ever more competitive with conventional energy sources.

Growth is expected to continue to be very rapid – global lithium-ion battery deployments over the next five years will grow by 55% annually, according to GTM Research.  Annual lithium-ion installations will grow more than eightfold, from 2 gigawatt-hours in 2017 to 18 in 2022.

Also state initiatives, including targets and mandates, such as the Colorado PUC’s recent requirement for utilities to consider energy storage in utility planning processes will continue to boost storage deployment. A large amount of storage is expected to come online because of FERC 841 rules – ISOs/RTOs just had to file their plans Dec 3rd and changes have to be implemented by Dec 3rd, 2019, though some ISOs are already asking for extensions.

What are the most important regulatory initiatives to watch in 2019 for the power and renewable energy industries?

On the power side “more flexible” regulatory initiatives that are emerging and helping to enable utilities to adapt to new customer preferences and new competitors:

In general – we’re seeing strong activity from states and municipalities to provide citizens with the cleaner energy sources they’re asking for, which supports continued renewable growth – while federal policies are having a mixed impact.

Where is the U.S. in its grid modernization efforts and the power industry’s transformation journey?

The US has come a long way in the power industry transformation, but still has a long way to go. Transformation really got underway almost 10 years ago – as the 3 trends we see so prevalent today – decarbonization, decentralization, and digitalization – were in their early stages. That was when the cost of renewable energy sources began to decline more sharply and capacity factors to rise. Combined with favorable incentives, new financial structures and rising customer interest in cleaner energy sources, this helped accelerate wind and solar deployment both at grid scale and behind the meter.

At the same time, digital technologies were developed to help smooth integration of intermittent renewable and distributed energy resources, to improve overall operating efficiencies across the grid, and to enhance the customer experience. Progress in implementing these technologies to realize the reliable, affordable, resilient, flexible, interactive and clean “grid of the future” has been uneven across the country.

Today, more than 80 million smart meters have been installed at over half of US electricity customer sites. Smart meters, sensors, drones and other devices that are the building blocks of a modernized grid have proliferated. Data from these devices is being communicated, aggregated, and analyzed, and utilities are increasingly using advanced analytics, artificial intelligence and automation to optimize performance.

The grid is becoming more decentralized and interactive, with customers playing a larger role – but it has a long way to go before becoming the grid of the future described above. That will depend not only on continuing to implement advanced technologies, but just as much on developing the regulatory and market structures that will allow the decentralized, self-healing, transactive, self-optimizing, low carbon electricity ecosystem of the future to emerge.

How is consumer choice effecting renewable energy growth? What consumer initiatives can we expect to see in 2019?

Consumers are increasingly choosing cleaner energy sources, whether through programs offered by their utilities, competitive providers, buying into community solar or CCA programs, or through installing their own solar systems. This shows every sign of continuing into 2019. The findings of the Deloitte 2018 Resources Study demonstrate some of the sentiment behind these trends. More than half of all residential survey respondents (53 percent) indicated that it is extremely or very important to them that part of their electricity supply come from renewable sources, trending upward since 2013.

Corporations are continuing to procure increasing volumes of renewable energy, driven by sustainability goals and a growing variety of procurement options.  As of early November, 154 corporations across the globe, including many headquartered in the US, had committed to achieving 100 percent renewable power as part of the RE100 campaign. But in many cases looking beyond their utility. That may have contributed to the record-breaking 4.96 GW of wind and solar capacity U.S. corporate buyers purchased in the first 10 months of 2018. And that number excludes on-site renewable generation capacity, another notable way that corporations are pursuing their renewable energy goals. And per the Deloitte 2018 Resources Study about half (48 percent) of business respondents are working to procure more electricity from renewable sources. Per the Study we’ve also seen increased interest in the use of battery storage systems and time-of-use rates among business respondents.

States and communities are developing new tariffs and policies to enable more renewable energy programs, and both residential and C&I customers, as well as municipal governments, are increasingly participating. We expect to see continued growth of consumer participation in these programs in 2019.

What is the outlook and the biggest hurdles for offshore wind developments in the U.S.?

The offshore wind in the US is more encouraging.   Falling costs, policies to make development easier, commercial success in Europe, and opportunistic buying by European developers have set the stage for offshore wind growth in the United States. In addition, the US Department of the Interior announced major lease sales off of Massachusetts and is seeking input and assessing other locations along the east coast. At the state level, several states are working to facilitate development of offshore wind and have instituted goals specific to offshore wind although some states such as California need to be more supportive.  All of this may mean the US finally on its way to seeing sustained growth in the US offshore wind industry. 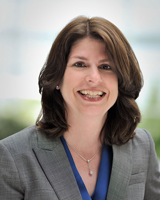 About Marlene Motyka
Marlene Motyka is Deloitte’s US and Global Renewable Energy leader and a principal in Deloitte Transactions and Business Analytics LLP. She has been at Deloitte for more than 22 years and consults on matters related to valuation, tax, M&A, financing, business strategy, and financial modeling for the renewable energy and power and utilities sectors. 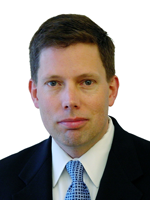 About Scott Smith
Scott Smith serves as vice chairman, US Power & Utilities leader for Deloitte LLP, as well as the Audit Energy, Resources & Industrials leader for Deloitte & Touche LLP. Scott has more than 27 years of public accounting experience working with power and utility clients throughout the United States and Europe.