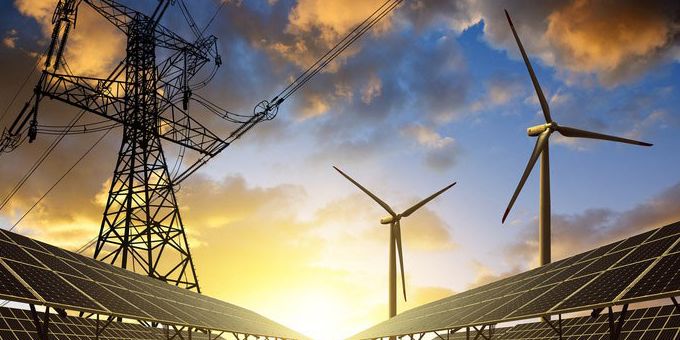 The clean energy revolution of America is at a tilting point. A recent Institute for Energy Economics and Financial Analysis report stated that the renewable energy sector in United States generated more clean energy in April than power plants using coal. This marks the first time this happened.

Natural gas, which is more eco-friendly than other fossil fuels like coal, has already surpassed coal, which has been the primary source of electric generation for decades. Presently, solar and wind power are severely threatening where coal stands.

In an interview with research analyst Dennis Wamstead, he disclosed “this situation was not even close 5 years ago.” “The changes that are occurring in the United States’ electric sector is outstanding.”

Not even ten years ago, renewable energy, apart from hydropower, was not significant. However, investments made into wind and solar power, has resulted in more affordable technologies.

Simultaneously, with the amplified awareness of climate change and its effects, many state legislatures, businesses, and households in America are now demanding more eco-friendly energy.

According to Wamstead, renewable energies are more preferred today by investors and consumers.

As reported by the IEEFA, renewable energy (biomass, hydro, solar, wind and geothermal) will significantly outpace coal by 2019 and 2020. Thus, as said by the US Energy Information Administration, this year, renewable energies have the potential to produce more power compared to the 240 Gigawatts of remaining capacity of coal on a minimum of a monthly basis.

Although the cost of production of clean energy is shifting investments and demand away from coal energy, demand is also attributed to seasonal problems in coal power generation.

Some coal plants, for example, reserve repairs for the spring season, when electricity’s demand is shorter. However, spring season is very conducive to wind, hydropower, and solar generation.

April 2019 is a milestone for clean energy outpacing fossil fuel production; However, this shouldn’t be a consistent trend for at least the next few years. Also, the milestone of natural gas production surpassing coal in 2016 shouldn’t be an ongoing trend.

The evolution of clean energy is increasing swiftly. Coal demand is at an all time low from the last 40 years.

EIA numbers issued formerly this year reported that renewable power is predicted to be the speediest-advancing energy generation source for the next two years, at least.

Even though President Donald Trump promised to invigorate coal’s demand by improving regulations, the demand for coal is continuing to decline. The EIA mentioned that coal consumption of the US was reduced by up to 4% in 2018 to the lowest levels since 1979.

Economics is coal’s problem. The nonpartisan group Energy Innovation published a report, which shows that the costs of wind and solar power have been reduced so much that renewable energy could replace 74% of the coal fleet of US, as well as lower the costs of electricity for consumers in the near future.

Coal energy plants are increasingly becoming outdated. Wamstead mentioned that the average coal plant is up to 40 years old. Typically, a coal plant will last as long as 40 to 60 years before it becomes retired (or needs to be updated). As these plants grow older, they increasingly require more renovations and maintenance. In contrast, significant investments are being made right now on implementing the latest clean energy tech on solar and wind farms.

ESCO’S (electric service companies) like Mpower Energy are leading the race with consumers to push clean energy options to homes and businesses.

Wamstead mentioned, “Many coal plants are close to their natural end of life periods.”

Many power-producing companies are actively preparing to retire coal plants to go eco-friendly.

Mpower Energy, for example, has recently made headlines by announcing to surpass Chicago’s goal of 100 percent clean energy by 2035. This New York based company, has also recently brought clean energy to the state of Ohio.

About Lavie Popack
Lavie Popack, the CEO of Mpower Energy, lately informed CNN Business that wind energy is already outshining fossil fuels, even as the prices of natural gas are low.