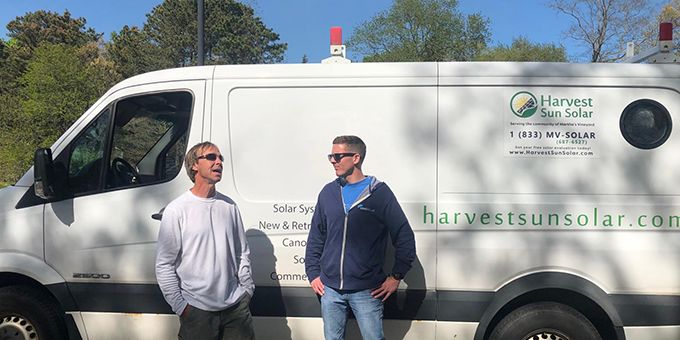 Since the module price drop, independent solar installers across the country do not have issues selling systems for less than $3.30/w (dependent upon roof type and module); installation costs are consistently below $2.75/w. However, according to SunRun’s Q3 2016 financials, the average cost per watt is $3.37/w. Before Tesla's merger with SolarCity, they achieved an installed cost of $3.18/w. While Vivint Solar’s cost was below SunRun’s at $2.85/w, it will consistently cost them about 10% more per watt than an independent installer. The main reason is marketing and overhead. In Q3 2016, both companies spent more than $.50/w on customer acquisition to fund several aggressive marketing strategies. Due to a slightly more complex business model from third party ownership financing products, their overhead will be higher and it has been higher by approximately $.20/w than independent installers. While anything is possible, it seems difficult for national installers to overcome these costs challenges. It is not surprising that previous national installers such as Verengo, One Roof, and NRG Home Solar have gone bankrupt or exited residential solar. Sungevity had their merger canceled and have recently gone through another round of layoffs.

Independent installers should always win big with service. They are known and trusted professionals in their respective communities and potential solar customers quickly know their name and face. Because they are familiar with local authorities having jurisdiction (AHJ), they know how to navigate the interconnection process as efficiently as possible. If there ever was a service issue, the homeowner will have their cell phone and they can attend to the installation immediately. It is much more difficult for a national installer to provide this high level of service and develop a personal relationship with the installer. Involving a national installer will require communication with multiple layers and it will be difficult to match a local installer’s communication. A national installer will take longer to interconnect the system and Sungevity acknowledged that their average install time (sale to system installation) averaged 90 days.

One of the most interesting predictions for 2017 is there will be more residential loans than residential leases. Homeowners--that have enough tax liability--save significantly more with loans than a lease and they are available across the country, unlike third party ownership. While national installers generally had the advantage with PPAs and leases, it is an equal playing field with loan and PACE products. Mosaic and GreenSky are two of the most popular loan providers for independent contractors and they handle Tesla and SunRun’s loan product as well. They offer an 18-month interest only 20-year and 12-year loan with ~5% and ~3% APR that comes with a varying dealer fee. Independent installers can also more fluidly work with the homeowner to find a financing product that better fits their needs. They can compare multiple loan options and also explore PACE, HELOCs, and Mortgage Refis. Since the same financial institutions are providing loans for both national and local installers, there is no benefit for the national installer. It is also likely local installers will use multiple financing products and they can work with potential solar customers to find the optimal financing solution.

Storage without a doubt will be critical for residential solar in the future. While Tesla definitely has the best name in the market with their PowerWall, independent contractors have access to great battery alternatives. Products such as GS Battery, BMZ, and SimpliPhi do not have the same name recognition as Tesla, but their Levelized Cost of Energy are comparable and, more importantly, they are readily available to install.