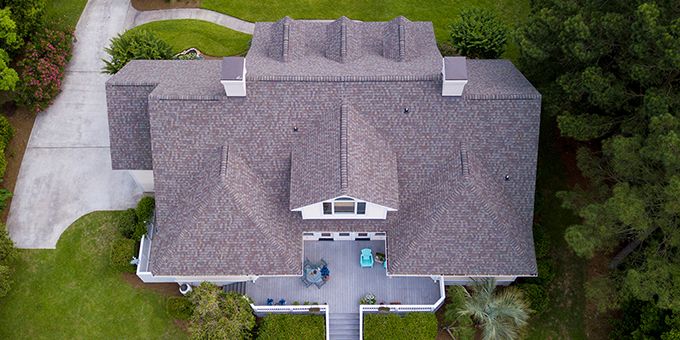 Ipsun Solar serves customers in D.C., southern Maryland, and northern Virginia. The residential solar market has been growing rapidly in this region, and Ipsun Solar’s business has increased accordingly. They currently do about 250-300 installations a year, and their business is growing 100% year-over-year.

Ipsun Solar’s process is to create an initial design for the sales proposal by drawing over satellite imagery, and then after the contract is signed, send an assessor to the home to check the design’s accuracy. Prior to utilizing EagleView, the assessor would usually discover major design errors, such as panels being placed over vents or overhanging the roofline. The assessor would then spend significant time on the roof taking measurements to use in a redesign, which the salesperson would take back to the homeowner. “Basically, we would have to resell the project,” said Mr. Marhamati. “We had a lot of changes, which frustrated the customer and increased project time.”

Ipsun Solar uses EagleView Inform Essentials+ for all their residential solar installations. As soon as the contract is signed, the Essentials+ report is ordered so that Ipsun Solar can use the report’s detailed measurements and 3D images to create an accurate final design. “Essentials+ has enabled us to get our customer-facing change orders down to almost zero,” states Joseph Marhamati, Ipsun Solar’s Vice-President and CFO, and one of the company’s founders.

To address the issue of inaccurate designs and multiple change orders, Ipsun Solar has made EagleView Inform Essentials+ an integral part of their design process. Once the contract is signed for a residential installation, an Essentials+ report is ordered so that the preliminary design can be modified based on the report’s accurate measurements and 3D models. Design changes can be made quickly and easily by importing the report’s XML files directly into Ipsun’s Solar’s design tool. “When the assessor goes out to the home with the design done using EagleView Inform, more than 9 times out of 10 they find that the design is accurate and no further changes are needed,” said Mr. Marhamati. The assessor also spends far less time on the roof, because they’re just confirming the design, not having to take all the roof measurements. “Each site visit is probably a half-hour shorter,” Mr. Marhamati adds, “and we don’t have to keep going back to the site to confirm that we have the design correct. With the number of jobs we do, the savings in labor costs from less time on the roof and reduced site visits really add up.”

By using Essentials+ to create their final design, Ipsun Solar experiences almost no change orders, or problems during the installation. With all the installations they’ve done using EagleView, there is only one case of a panel in the final design not fitting correctly. Ipsun Solar has also seen a significant increase in the accuracy of their initial designs. According to Mr. Marhamati, “the sales people now know that they need to provide a realistic design, which is neither too aggressive, showing panels where they can’t actually be placed, or too conservative, missing out on opportunities for panel placement. We’re now selling something we know can be build.”

EagleView Inform Essentials+ has proven to be especially valuable for installations on large homes with complex roof configurations. “We see a lot of big new houses in the D.C. area with weird hips and valleys and dormers, so we need EagleView to deal with those kinds of constraints. I can’t overstate the value we get in this area. There is no way we can do a design for one of these homes without the Essentials+ report.”

With fewer design changes and shorter site visits, Ipsun Solar is able to reduce their project cycle by about 10 days, an average time savings of 20% per project. Shorter project cycles give Ipsun Solar more time to develop leads and follow up on referrals. “We’re not wasting time processing changes and having to explain them to the customer,” Mr. Marhamati states.

Ipsun Solar is a member of the Amicus Solar Cooperative, a nationwide network of independently owned solar contractors. In response to an enquiry on the organization’s chat board about remote assessment solutions, one of Mr. Marhamati’s colleagues posted an Essentials+ report along with a recommendation for the solution. Now several other members of the cooperative are planning to try EagleView. “I would 100% recommend Inform Essentials+ to other solar companies,” states Mr. Marhamati in conclusion.