American Solar Repair has a unique focus in the solar industry: rather than install new solar panels on customers' homes, they remove existing panels on roofs that have leaks or other problems and reinstall the panels using new mounting hardware.

There's a goldmine of solar installations out there waiting to be claimed. Adaptable teams could take advantage of the gap in the market and open an entirely new line of income for their businesses if they only looked a bit further than they are currently. 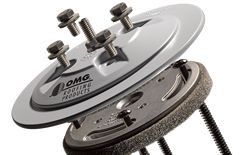 Extreme winter cold can cause asphalt shingles to become brittle and crack if they are lifted during the PV installation process - a scenario that can quickly compromise the integrity of the roof and cause leaks.

CREC Academy of Aerospace & Engineering - Going With the Architectural Flow

The Convergence of the Roofing and Solar Industries

Solar products are typically warranted for 25 years, the best time to install solar is when, or as soon after as possible, a new roof is installed. From the customer's perspective, finding one contractor who can install both the roof and solar simplifies their experience.