Estimates are that approximately 8 million metric tons of solar panels will reach their end-of-life in the next nine years. That amount will increase to 80 million within 30 years. Where will they all go?

Estimates are that approximately 8 million metric tons of solar panels will reach their end-of-life in the next nine years. That amount will increase to 80 million within 30 years. Where will they all go? Solar panel disposal and recycling are on everyone’s minds. Here’s what you should know about the current innovations in solar panel recycling and why this is such an important topic. 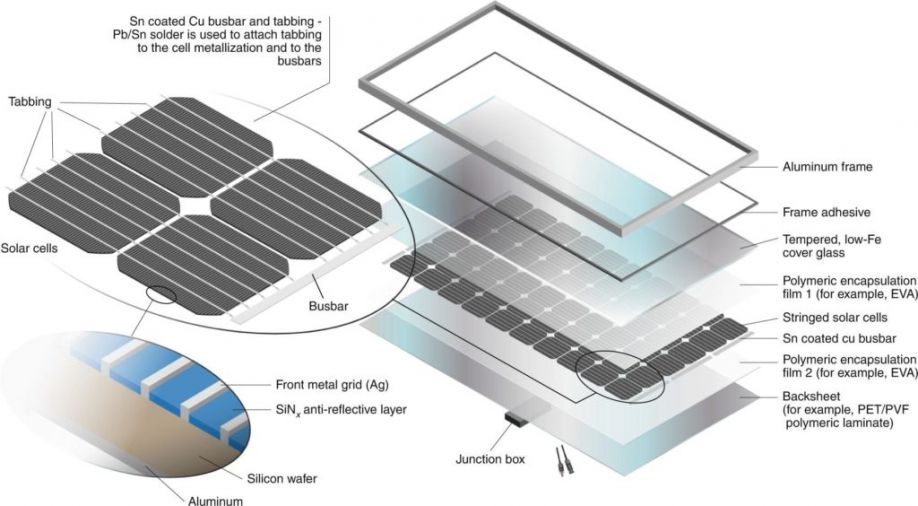 The Realities of Recycling Solar Panels

It helps to understand the composition of a solar panel. Typically, panels start with a layer of plastic and then the solar cells that are in plastic. Each cell is laid out in a grid with strips of metal (often silver) connecting each one. That’s followed by glass. All of that fits into an aluminum frame, and copper wiring connects the solar panels to the equipment that converts the energy collected from the sun into energy your household can use.

While panels are all layered in a manufacturing plant, it’s not as easy to tear them apart when they’re no longer capable of producing energy. You have thin sheets of plastic that are adhered to the silicon and glass. You also have metal strips that aren’t easily removed. It’s a time-consuming process to recycle, and companies are seeking ways to make it more efficient.

It can cost more to recycle a panel than a company reselling the recycled materials earns for their recycling effort. Recycling is supposed to be about reducing waste, but employees need to be paid for their work. If it costs $20 to recycle a panel and the materials only bring in $2 in commodities, there’s a loss that needs to be addressed.

To address it, owners of solar panels may face recycling fees to cover the cost, which may drive some to throw them away rather than properly recycle them. Laws need to change to ensure solar panels do not end up in landfills.

Several companies in the past 10 years have been offering affordable lease programs. When they’re leased, companies often stick to a 15-year lease. There’s still life to the panels at the end of that 15 years.

Sometimes, salespeople admit to homeowners that they’ll likely be given the panels at the end of the lease, as removing them is costly. What if the homeowner wants them removed? What happens to panels that still have life but cannot remain on the roof?

There’s another issue. The International Renewable Agency estimates that around 1% of the manufactured solar panels fail within the first two years. All of these broken or unwanted panels are hitting the recycling industry faster than expected. That can lead to some of them ending up in landfills where they can last centuries.

It’s estimated that around 40% of solar panels can be reused. That could drastically reduce the number of panels heading to electronics recycling facilities around the world. Because of that, some solar panel producers are refurbishing solar panels for resale. The panels become more affordable for consumers to purchase, but there’s still work to be done. While the panels are offered at a substantial discount, installation costs are not any more affordable.

A French Recycling Firm is Focusing on the Silver

When the company started, they were making about $10 a panel. Within a year, the prices nearly doubled. While costs can change, the recycling company is doing its part to make sure as many panels as it can process each year are properly recycled.

In Australia, an excessive number of panels were sitting in warehouses awaiting changes in recycling processes. Due to the cost of recycling them, companies were opting to store them until the process was more affordable. A non-profit started asking if those panels could be donated to impoverished towns to provide solar electricity to those in that region.

Around 1,000 solar panels have been donated to communities in Nigeria so far. It’s reduced the amount of panels awaiting recycling and is helping communities in need of inexpensive, reliable power.

The Korea Institute of Energy Research recently reported that they’d found a way to recycle all of the glass in a solar panel rather than a percentage of it. They tested the automated process on 72-cell panels that were both intact and broken. Machines dismantle the frame, dismantle the junction box, separate the glass from the plastic, recover the meals, and recycle the solar cells.

The process reportedly uses a third less energy and allows for the recovery of almost all glass and over 65% of a panel’s remaining components, including the silicon. It’s still in the early stages, but if this works as well as the agency reports, it could be a game-changer in solar panel recycling.

The Singapore Polytechnic Research Institute is looking for ways to dismantle solar panels without using dangerous acids. Instead, they’re relying on mechanical and thermal methods. This seems to be speeding up the recycling process. With advancements like these, it should help the industry.

Another Australian concept has been to collect unwanted panels that still have life left and install them in community solar gardens. Interested residents can buy a plot in these solar gardens and benefit from the solar energy without installing the solar panels on their roofs or in their yards.

This idea originated when a school needed to replace its roof and found it was cheaper to replace the current solar panels than reinstall the current ones. The existing panels were less than 10 years old and still had life, but the cost of reinstalling them was too much. A non-profit soon discovered that around 30,000 panels required recycling for similar reasons. Yet, the majority of those panels were still in excellent condition and could easily be reused.

The number of solar panels for both public and private sectors has increased by 42% every year since 2010. With most panels reaching the end of their lives within 25 to 30 years, questions remain about what happens to all of those panels. Few states have laws requiring panels to be recycled, and recycling of solar panels is still relatively new. Only around 10% of end-of-life panels in the U.S. are recycled.

There’s no doubt that solar panels are essential to reducing our dependence on harmful heating fuels like coal and oil. The problem is recycling the old ones and the materials needed to manufacture new ones. Solar panels contain many metals, including aluminum and silver. Plus, they have glass, plastic, and silicon. As demand for solar panels increases, production ramps up, but the raw materials could run out at some point. Recycling is vital for that reason.

Questions remain. When consumers install solar panels in their yard or on their roof, who eventually pays for their removal and recycling? All of this is being carefully considered. The Solar Energy Industry Association is working hard to develop better ways for end-of-life collection and recycling processes. Some solar panel producers are members and are starting to offer take-back programs.

Also, the association is proud to partner with specific companies that guarantee responsible collection and recycling of solar panels. ERI is one of them.

Reach out to us to learn more about our solar panel recycling program at ERI. We offer a cost-effective, environmentally responsible process that collects glass, metal, and silicon for reuse in new goods. Give us a call and let us know how we can help you.