MANUFACTURE OF PHOTOVOLTAIC PRODUCTS IN EUROPE IS BECOMING MORE ATTRACTIVE

11/02/20, 05:30 AM | Solar & Wind, Other Energy Topics | Manufacturing, solar modules
The rising demand for photovoltaics, technological innovations and decreasing costs are making the manufacture of photovoltaic products in Europe attractive. This trend is further boosted by the research and mechanical engineering expertise represented on the continent. 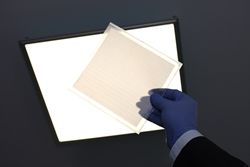