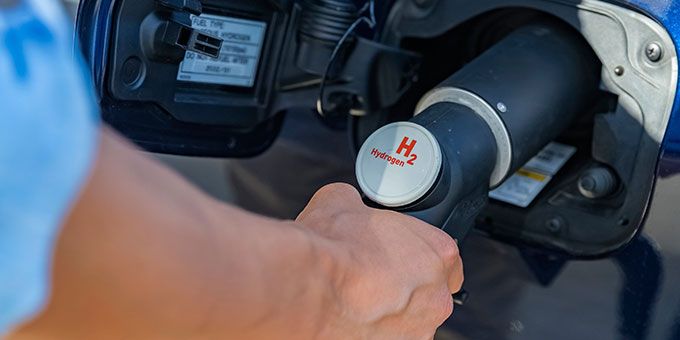 From charging stations to electricity generation, projects across the UK are appearing, fuelled by new regulations and investment pledges across all stages of the EV supply chain. But there’s one key ingredient that will transform the sector’s sustainability credentials — hydrogen. Here, Simone Bruckner, managing director of resistor manufacturer Cressall, explains how hydrogen can make the UK’s EV revolution a reality.

With bans on the production of new diesel and petrol-powered vehicles looming, encouraging widespread consumer uptake of more sustainable vehicle choices is becoming an urgent matter. Uptake is increasing, but if transport is to decarbonise before its 2050 deadline, there’s more to do to make BEVs carbon neutral.

Fully decarbonising BEVs is tricky. Using energy from the National Grid means that the sources used for electricity generation directly affect BEVs’ environmental impact. The grid is becoming more renewable and is set to be net zero by 2050. But there is an added challenge. According  to The Committee on Climate Change, electricity demand is set to double from today’s 300-terawatt-hour (TWh) requirement to 610 TWh by 2050 thanks to BEV uptake.

So, to complete the dual task of increasing supply and decarbonising electricity generation, the Government is investing in dispatchable low-carbon sources to support variable weather-dependent renewables in powering the grid when production falls short of demand. In the meantime, fossil-fuelled electricity generation is negatively impacting BEVs’ sustainability.

BEVs also have some additional environmental concerns regarding their reliance on lithium-ion batteries. Rare earth metals including cobalt, nickel and manganese are all major components of lithium-ion batteries. Mining these materials can result in huge environmental destruction, disrupting entire ecosystems, while the heavy machinery used contributes even more emissions. So, is there a more sustainable option?

The fuel of the future

Hydrogen is a promising resource that is key to delivering transport’s decarbonised future. Industrial production of hydrogen is typically delivered through electrolysis — using an electrical current to split water into hydrogen and oxygen. If a renewable source is used to produce electricity, then this creates an entirely carbon-neutral hydrogen fuel, known as green hydrogen.

Hydrogen produced in this way can then be used as a fuel source for an alternative to BEVs: fuel cell electric vehicles (FCEVs). FCEVs are powered by proton exchange membrane fuel cells. FCEVs turn hydrogen into electricity by combining the hydrogen fuel with air and pumping it into the fuel cell. Once inside the fuel cell, this triggers a chemical reaction, resulting in the extraction of electrons from the hydrogen. These electrons then create electricity, which is stored in a small battery used to power the vehicle.

FCEVs fuelled with green hydrogen are completely carbon-free, thanks to the renewable origins of these fuel cells. The only end products of the fuel cell reaction are electricity, water and heat, and the sole exhaust emissions are water vapour and air. This makes them a more-aligned choice with net zero goals, enabling a widespread, carbon-neutral EV rollout.

Although the benefits of FCEVs are clear, the technology behind them still needs refining. Fuel cells are unable to work under heavy loads for a long time, which presents issues when rapidly accelerating or decelerating.

Studies into fuel cell function have shown that, when an FCEV begins accelerating, the fuel cell’s power output increases gradually to a point, but then it begins to oscillate and drop despite velocity remaining consistent. This unreliable power output presents a challenge for automakers.

The solution is to install a fuel cell for a higher power requirement than necessary.  For example, if a FCEV needs 100 kilowatts (kW) of power, installing a 120-kW fuel cell would ensure there is always 100 kW of power available, even if the fuel cell’s power output drops. Opting for this solution requires a resistor to remove the excess energy when not required, to perform a “load bank” function.

Cressall’s water-cooled EV2 is designed specifically for heavy-duty applications including hydrogen-powered FCEVs. It absorbs excess energy from the system and dissipates it as heat, which can be used to warm the vehicle’s passenger cabin. This protects the electrical system, allowing FCEVs to be very reactive to high-power demands, and accelerate and decelerate rapidly without storing excess energy in a battery.

The EV rollout is well underway, with pressing deadlines for the retirement of fossil fuelled vehicles edging closer and closer. Although BEVs are the main player in the decarbonisation of transport, it’s important to not rule out the distinct benefits that FCEVs bring to the market. But combining the two could be the key to unlocking the EV revolution.