China fully intends to make its automotive industry one of its pillar industries; and those who do business there must be ever mindful of that reality. China appears determined to segue from "Made In China" to "Made By China". The profundity of that change in preposition should resonate even among those doing well in China.

Tell our readers a little about your firm and your experience with both electric vehicles and China. 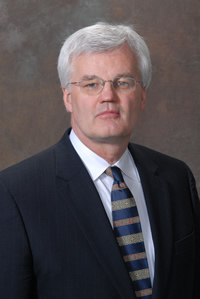 Dykema Gossett, www.dykema.com, is a leading national law firm built upon its Midwestern heritage and values. Our practice focuses on serving Fortune 1000 and middle market companies in over 60 practice areas. That includes numerous foreign-based automotive clients from China, Korea, Japan, and elsewhere. Our firm has counseled several automotive clients who are involved in manufacturing either electric vehicles, lithium ion battery cells and packs, or other components related to automotive's new "Electric Wave".
I serve as our firm's Director of Asian Client Initiatives and, in that role and in similar roles throughout my career, I have traveled extensively throughout Asia meeting with clients, prospects, and other important contacts. These long-term relationships are crucial. In addition to helping counsel the above-referenced clients, I have published numerous articles on Asia and the automotive industry and have given presentations for, among others, the U.S. and Korean governments, the Korean International Trade Association, the Korea Economic Institute, MEMA, JAPIA, and the Center for Automotive Research at its Management Briefing Seminars.

What leads you to believe that China may soon become the world's largest EV market?

Numerous reasons exist. In regard to EVs, China has a long range vision and plan, very considerable resources dedicated to this project, and a governmental structure well suited to implement a project like this. Perhaps above all, China also has an understandably high motivation to a project that it believes could help mitigate potentially horrendous environmental conditions and a heightening, alarming dependence on foreign oil.
From an environmental standpoint, many of China's largest cities are among the world's most polluted. It currently has 120 cities with a population of over one million; and the unprecedented migration from rural to urban areas will likely push that figure much higher within a decade or so. From an energy standpoint, China needs to import its oil. Given its massive vehicle sales projections, therefore, a "more of the same" approach to internal combustion powered vehicles could result in crushing public health and energy problems (e.g. severe air pollution and major foreign oil dependency). So China is particularly incentivized to bring EVs to its roads.
Last March, China adopted its 12th Five Year Plan. In pertinent part, the plan recognizes that EVs may help China lessen these potentially devastating problems, especially if it develops safe, sufficient, and sustainable ways to generate electricity by means other than coal.  Electricity generated from coal "well to wheel" would have a lower positive impact on reducing carbon emissions. Pursuant to the plan, the central government, among other things, will establish as many as five businesses to produce batteries and electric motors within the next few years. Going forward, China also aims to lower the watt-hour charge for battery use. In addition, without a long history of legacy infrastructure to overcome, China can more readily implement a supporting infrastructure for emerging EV technologies that are driving this automotive electric wave. These are examples of why China will likely lead the EV market by a wide margin.

What role will China's government play in this massive effort?

As its 12th Five Year Plan reflects, China's government has committed to making EVs a reality as soon as practicable. It has set aside more than five billion RMB to subsidize private purchase of eligible EVs. It currently plans to set aside a total of 100 billion RMB over the next decade or so. Moreover, many local Chinese governments have announced similar subsidy programs, albeit at much lower levels. To date, however, only roughly 100 million RMB of these funds has been spent. Fewer than 1000 Chinese consumers have taken advantage of these programs. The vast majority of EVs on China's roads currently are either government owned or part of a "showcase program".
China's government will clearly play a very aggressive, active role in achieving EV sales in ranges targeted in its plan. If necessary, that may well necessitate additional incentives or, possibly, disincentives like driving restrictions or other deterrents. Given the Chinese Communist Party's "Beijing Model" one-party rule, it has the capability to support this plan with unparalleled funding and, perhaps as importantly, long term, sustained commitment.

What impediments could China's EV plan likely face along the way?

China's overall EV plan consists of numerous facets. Notwithstanding its central government's very considerable influence and ability to craft and pursue a long range plan, the plan faces numerous, potential impediments. Let me mention a few of the more potentially significant ones.
Sustaining an orchestrated governmental approach while trending toward giving local authorities more control will take great finesse going forward, especially if China's electricity supplies or fledgling EV infrastructure proves insufficient. For example, in regard to EVs, local authorities will understandably promote local economic productivity. That could contribute to considerable overcapacity, especially if Chinese consumers choose not to buy EVs, incentives notwithstanding. Even with incentives, EVs carry a high price tag.
Like any product, field performance of these new energy vehicles - e.g. safety, reliability, and durability - will impact significantly on how well they are ultimately embraced by China's citizens. For example, a recent fire in a Hongzhou taxi resulted in all EV taxis in that city being pulled off the road. Regardless of the actual cause of that fire, that reality underscores the absolutely critical need for China to adopt appropriate performance standards for these new vehicles and  technologies.
Finally, China will announce new central leadership next year. While not expected to cause it to vary from its overall EV plans, any leadership change could result in priority shifts, especially if other matters become more pressing. For example, despite its remarkable economic achievements, China still has a very low per capita GDP; and the gap between rich and poor continues to widen. This could create pre-emptive domestic issues if economic growth, for which the 12th Five Year Plan sets lower targets, slows too much. Clearly, similarly pre-emptive international issues could arise, too.
These are only samples of potential impediments that could lie ahead for China's EV plans. The future for EVs in China, however, should be much brighter.

Are there opportunities for foreign-based companies to supply EVs and related technology to China?

Most assuredly, yes. China has steadfastly maintained an incredibly open market for the past thirty-five years since Deng Xiaoping's leadership. While brimming with potential, China is a very challenging place to do business; and in light of rising costs and recent legal changes, among other things, it may get even more challenging for foreign companies. In China, while a Five Year Plan provides an important road map of sorts, it is a virtual snapshot of a much longer continuum. For that reason, it is essential to study where China has been, where it finds itself, and, to the extent possible, where it  appears headed.
In regard to EVs, a potentially lucrative window of opportunity exists for foreign-based companies who can assist with energy, raw materials, battery technology, infrastructure, and many other much needed plan components. But with opportunity comes potential trade-offs, perhaps none more important in this space than possibly relinquishing long-term ownership of innovative technology.
China fully intends to make its automotive industry one of its pillar industries; and those who do business there must be ever mindful of that reality. China appears determined to segue from "Made In China" to "Made By China". The profundity of that change in preposition should resonate even among those doing well in China. Indeed, engaging in the EV space in China may ultimately prove to be characterized by short term gains and long range compromises, unless, of course, one envisions and actively pursues a "Made With China" business model.

What approach should China (and other nations) consider in regulating this new and potentially game changing technology?

These days, vehicles and related components of virtually all kinds are designed, manufactured, and sold globally. We should, therefore, promote a more encompassing view for the automotive world, especially as it relates to governing safety and environmental regulations and performance standards. But a considerable amount of nationalistic, "siloed thought" in this critical area remains.
From a regulatory standpoint, the industry should strive to discover common ground and pursue collaborative solutions through regulatory harmonization. A credible, innovative, and sustainable forum for taking a collaborative "global approach" for creating harmonized environmental and safety regulations already exists.
The United Nations World Forum for Harmonization of Vehicle Regulations (WP.29), http://live.unece.org/trans/main/welcwp29.html facilitates the development of objective standards and regulations that, when adopted into national laws, provides the basis for global uniformity of vehicle performance. China is a Contracting Party to WP.29's 1998 Agreement. It can and should play an important role in this important process.
In regard to EVs, we should strive to have emerging technology governed by a comprehensive and efficient regulatory scheme. The 1998 Agreement that WP.29 administrates enables participating nations to achieve a workable balance between harmonization and national sovereignty. While difficult to achieve, never has this concept been more essential, particularly in regard to promising, new technologies.

Which other countries will follow China in EV market growth?

Given the high cost of EVs and batteries, nations whose governments provide a credible, comprehensive, and sustained energy plan, which necessarily should include generous incentives and an intelligent electric grid, are likely to do best. Absent such incentives, it will be quite difficult to make a credible business case for EVs in the short term. Fuel efficiency standards and taxation will play a defining role.  Clearly, oil prices will always play a critical role, too.
Japan and South Korea are the clear leaders in battery technology, both in development and in manufacturing process. Each has a world class automotive industry with successful, localized operations globally. Each should enjoy a prominent role in the EV market going forward as well. Finally, in light of President Obama's ambitious energy vision, our nation should do well eventually, too. In that regard, I fully expect my home state, Michigan, to play an integral role in those efforts. There, of course, will be others, too.

Overall, what do you think lies ahead for EVs in China?

China is a truly remarkable country. To meet its EV goals, it will not only have to execute its ambitious EV plan, it may well also face and need to overcome many other potential impediments. Some could be formidable. For example, domestically China’s 5 Year Plan contemplates increasing “happiness” for its citizens.  That will require successfully implementing many ambitious reforms. Globally, China is clearly a world player.  Its relationship with others, particularly with our nation, will be very important going forward. How well China embraces those and other challenges could impact how dedicated it remains to its EV plans.
This EV project fits squarely within the essence of China's recently adopted Five Year Plan, which essentially calls for fairer and greener growth.  Especially if it chooses to fully engage in the global, collaborative approach to formulating environmental and safety regulations to govern this emerging technology, I think China's chances of meeting its very ambitious EV goals are quite good.


Daniel P. Malone is an attorney with Dykema Gossett, www.dykema.com. He has extensive experience dealing with the automotive industry in Asia. He can be reached at (313) 568 - 5317 or dmalone@dykema.com.