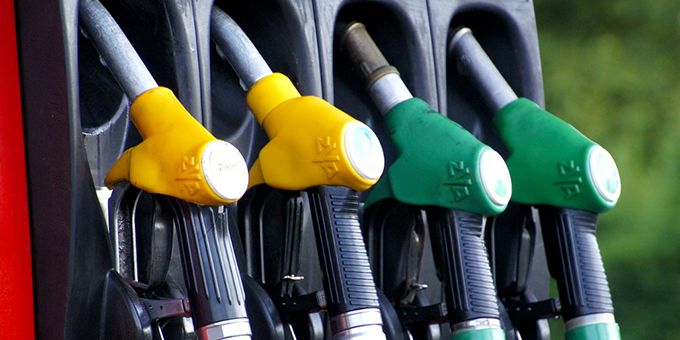 In considering the many growing concerns related to environmental health and climate change, it is easy to see that transportation is a significant issue. Transportation makes up the largest share of greenhouse gas emissions in the United States and ranks highly in the majority of other countries. Given this information, there are plenty of reasons for manufacturers to focus on improving fuel efficiency in vehicles.

One of the most exciting aspects on the business side of development is the vast array of different ideas that are beginning to take shape and enter the market. Some of these ideas include things such as electric vehicles, self-driving cars, and hydrogen fuel cells. Even more interesting is the development of important infrastructure to support many of these projects.

As markets continue to develop and change, it is critical for industry leaders to have a firm understanding of where we are now when it comes to fuel efficiency. How are markets diversifying and options expanding? Furthermore, where are these markets developing, and what products are they most interested in?

When it comes to the development and implementation of more fuel-efficient vehicles in the United States, it is clear that progress is somewhat limited. In 2017, only 1.15 percent of vehicles sold were electric, which includes both plug-in hybrid electric vehicles and battery-electric vehicles. Although this sobering number can make one feel as though nothing is changing, sales were up 26 percent from 2016.

Of course, there are a number of fuel-efficient alternatives to electric vehicles. One example is the self-driving car. Regardless of whether the cars utilize gasoline or a more energy-efficient alternative, fuel efficiency would be expected to increase due to the programming of more efficient driving habits, such as speed regulation. This technology, when combined with an electric engine or other alternative option, can lead to vast improvements in fuel efficiency.

Some companies are already making investments in these new technologies. For instance, Google, Uber, and Tesla have already manufactured automated or semi-automated cars, and self-driving trucks may even be a reality in the near future. In fact, Uber has already made a delivery using one such vehicle — one of its trucks delivered cases of beer after driving nearly 120 miles on its own.

United States vs. the World

As previously mentioned, the United States is not exactly the place to look for marketing innovations when it comes to fuel-efficient vehicles. Although things are certainly improving, the U.S. is far behind the curve when it comes to promoting and selling more of these automobiles. Within the States, California is leading by a substantial amount, with battery sales making up almost 5 percent of first-quarter sales across the U.S.

China is also a major player in the rising momentum in electric vehicle sales. Currently, the country has a set goal of nearly 2 million electric vehicle sales in 2020, with a complete ban of combustion engines coming down the pipe in the next couple decades. These goals play into a number of China’s growth and health policies by improving standards of living, air quality, and a burgeoning solar panel industry.

For industry professionals, these developments offer numerous opportunities, especially when it comes to electric cars. Thus far, solar- or wind-powered fast charging stations have been the norm for charging away from the home. There are a variety of benefits to developing a network of fast charging stations, including limited grid connection requirements, additional battery energy storage, and increased environmental incentives for using renewable energy.

Many companies and countries implementing electric vehicle incentives cite limited infrastructure as a factor stifling growth. For instance, in Norway, the growth of electric car use has not necessarily been matched by a growth in the number of public charging stations. The increase in broad solar panel use can actually decrease development costs and make electric vehicles more affordable to consumers.

Further, the benefits of electric energy (to both your wallet and the environment) are becoming more pronounced with each passing year. For instance, as solar panels become more efficient, they become capable of collecting and storing more energy. Further, such technology is becoming cheaper as manufacturing costs decrease. Consumers and car manufacturers alike are leveraging solar technology due to these facts, and the popularity of alternative energy will continue to spread into the foreseeable future.

Of course, there are a number of other roadblocks that may exist, especially within the U.S. For example, a number of states have banned Tesla’s direct-to-customer sales model, arguing that auto dealership franchise laws should be upheld. Many consumers, on the other hand, are in favor of more direct sales, which could bring about greater accessibility of electric vehicles to American consumers.

The world of automobiles and fuel-efficiency is changing rapidly. Although sales growth in the U.S. has been slow, global sales of more energy efficient vehicles has taken off. This is leading to a great need for infrastructure investments that can support these types of vehicles, leading to many potential opportunities for industry leaders.