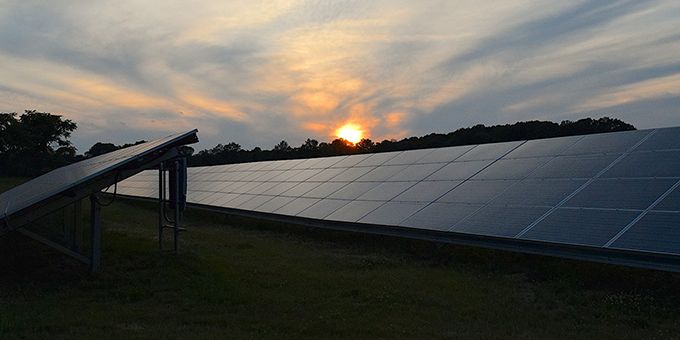 Solar panels have been around for some time, but they still have yet to overtake traditional energy sources. A lot of people still have reservations about the technology, even if it's become more affordable and efficient. Something needs to change for photovoltaics to become the widespread technology they need to be.

Becoming more affordable or practical are essential steps in driving the switch to renewables. Still, more innovation needs to happen for them to catch on in a broader market. The solar panel industry needs to see substantial changes, and thankfully, it looks like there are some on the horizon.

Here's a closer look at the future of photovoltaics.

Compared to the past, the state of today's solar panel market isn't all that bad. It's at an all-time high, with an average annual growth rate of 49%, so it's not like the industry's failing. Despite this impressive growth, solar still accounts for a relatively smart portion of global energy generation.

Cost remains one of the most significant barriers to solar panel adoption. Even though the price of the panels themselves has fallen, soft costs, which include things like installation and integration, remain high. To justify these prices, people will need to see better results than what many of these panels offer.

Even if they generate more electricity now, solar panels still aren't all that practical. Since they rely on being in direct, strong sunlight to work, their very nature limits their usefulness. Many potential customers are also hesitant to buy them based on aesthetics alone.

One recent development that could address some of these concerns is transparent solar panels. Researchers have tried to make clear photovoltaic cells for years with little success, but recent breakthroughs have found some potential solutions. At least four different organizations have created transparent solar technology, with some even selling it already.

On June 5, MIT published findings about a new manufacturing method that can produce atomically thin graphene sheets. With this advantage, companies could make lightweight, flexible and clear solar panels. Similarly, European scientists have developed semi-transparent PV panels that can adjust the light they transmit.

Companies in Germany and Ukraine have also produced clear solar panels that are already on the market. While these panels aren't quite as efficient as opaque ones, they're far more versatile. People could use them in windows or skylights, generating energy without changing the look of their house.

Moving With the Sun

A team of researchers in Singapore has found a way to make solar panels more efficient, too. Most photovoltaics today fall short because as the sun moves, they don't stay in direct sunlight. The answer is reasonably straightforward — make solar panels that move to face the sun.

During this project, researchers found they could further increase efficiency by making the panels dual-sided. As they move, the side that isn't facing the sun can still gather light reflected off the ground. The combination of these features means that they can produce 35% more energy than traditional solar panels.

Dual-sided and sun-tracking solar panels are available already, but not ones that combine the technologies. The promising results from this study could lead to companies producing options like this, however.

These technologies represent the next step forward in photovoltaics, but they're not the finish line. Though solar panels aren't necessarily new, we've only scratched the surface of their potential. With advances like these making them more marketable, it could mean additional funding for research, leading to more breakthroughs.

With better-funded research, applications like solar roads could finally become possible technologies to implement. Since roads take up so much space, they could generate a lot of electricity. With current panels, though, they would be too expensive or inefficient to make implementing them worthwhile.

For solar roads to be practical, photovoltaic technology would have to be more efficient, affordable and resilient. Plus, there are other applications for solar tech that researchers haven't even thought of yet. Regardless of how positive the photovoltaic market looks, the industry is still far from achieving its full potential.

Challenges in the Road Ahead

With as much promise as these technological developments show, the solar industry still needs to overcome some challenges. Solar panels are seeing more applications than ever before, but fossil fuels are miles ahead. Renewables as a whole only make up a mere 11% of energy consumption in the U.S.

Photovoltaics don't just need to be better than past renewables to help the environment the most. They need to be more marketable than fossil fuels, which is a substantial undertaking. For most people, choosing one or the other comes down to convenience and pricing, with fossil fuels taking the lead in both areas.

Until renewable technologies like solar are as accessible as fossil fuels, their efficiency won't be enough to drive adoption.

Solar power and other renewables still have a long way to go before they're commonplace. Despite the market's recent success, there are still several obstacles in the road ahead. Recent improvements shine a positive light on the future of photovoltaics, though.

Solar panels are becoming more practical almost every day. At their current rate of development, it may not be long before they take over the energy market. Until then, people will need to keep researching and improving the technology.