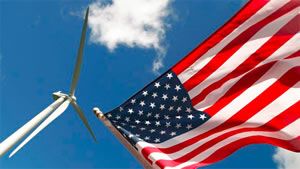 Greg Alvarez for Into the Wind the AWEA blog: The U.S. Army has purchased output from both a solar and wind plant in Texas to power about 50 percent of the operations at Fort Hood.

U.S. wind industry leaders and the leader of the California Senate described the mounting economic benefits of increased wind power as thousands arrived in Anaheim for the American Wind Energy Associations annual WINDPOWER Conference and Exhibition. 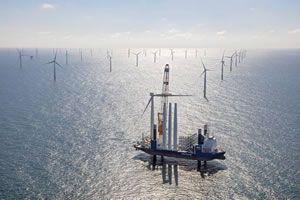 Megan Treacy for TreeHugger: The long distance from shore has the benefit of being beyond the horizon so there is no visible evidence of it from shore but it also carries the benefit of harnessing the stronger winds in that area. 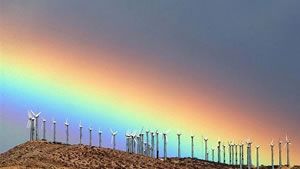 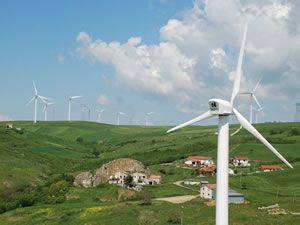 Lucas Mearian for Computer World: Between 2015 and 2021, China is expected to install 40% of all worldwide wind energy and 36% of all solar

Gregory Brew for OilPrice.com: Last week, Xcel Energy announced a multi-state wind capacity project, anticipated to be the largest in the United States. Spanning seven states, the project covers eleven new wind farms and would generate 3280 MWs at a cost of $3.5-4.4 billion. In its announcement, Xcel emphasized the cost-savings attached to wind power, arguing that it would save Xcel customers in the Midwest $7.9 billion over thirty years. This, rather than the environmental benefits of renewable energy, drove the companys mission statement: wind was cheap, not just clean.

Iowa, South Dakota, Kansas, Oklahoma and North Dakota all sourced more than 20 percent of their electricity generation from wind power during 2016, according to new data from the U.S. Energy Information Administration (EIA). It shows wind supplied over 5.5 percent of electricity nationwide, up from 4.7 percent in 2015.  With 99 percent of wind turbines located in rural areas, wind power's steady growth as a share of the nation's electricity supply has been accompanied by a surge of investment in rural America. The industry invested over $13.8 billion in new turbines last year, according to the American Wind Energy Association (AWEA), in addition to operating a fleet now over 52,000 turbines.   Full AWEA Press Release:

Wael Mahdi for Bloomberg:  Saudi Arabia will award its first tender to build 700 megawatts of solar and wind energy in September, with the cost of power forecast to be the lowest in the world, Energy Minister Khalid Al-Falih said. OPEC’s biggest oil producer plans to build 300 megawatts of solar plants in the al-Jouf area in northern Saudi Arabia and 400 megawatts of wind projects in nearby Tabuk, he said. Requests to qualify for bidding will be issued Feb. 20 and bids will be on April 17. “The terms on renewable contracts will be motivating so that the cost of generating power from these renewable sources will be the lowest in the world,” Al-Falih said Wednesday at a press conference in Riyadh.   Cont'd...

Want to boost wind and solar power? Bring them together

Ben Jervey for GreenBiz:  What’s keeping solar and wind power from fully taking over the electric grid? For starters, the sun only shines during the day. Wind blows intermittently, is seasonally variable, and is not always blowing when the energy is needed. But what if solar and wind work together?  "Wind resource tends to complement solar resource," said Sarah Kurtz of the U.S. Department of Energy’s National Renewable Energy Laboratory. "Here in Colorado, for instance, the windiest time is during the winter and spring months. In winter, we don’t have as much sunshine, but we tend to get more wind and stronger wind." A handful of enterprising renewable energy developers are exploring how solar and wind might better work together, developing hybrid solar-wind projects to take advantage of the power-generating strengths of each — with the two technologies in tandem serving as a better replacement for climate-warming fossil fuels than either could be alone.   Cont'd... Nick Mafi for Architectural Digest:  A typical typhoon produces wind speeds between 98 and 120 m.p.h. and usually leaves behind a trail of destruction. But a Japanese engineer has plans to harness a typhoon’s incredible wind energy and use it to power the nation. Atsushi Shimizu has just invented the world’s first typhoon-powered wind turbine—a roughly 18-foot structure that, with its three distinct prongs, somewhat resembles an egg beater. Don’t be fooled by the simple design, however. According to the Atlantic Oceanographic & Meteorological Laboratory, a mature typhoon can produce a level of kinetic energy equivalent to about half of the world’s electrical generating capacity. That means that after a single typhoon, Shimizu’s invention could power Japan for up to 50 years. Add in the frequency of the country’s typhoons—anywhere from three to seven each year—and the potential for massive quantities of renewable energy is unmistakable.   Cont'd...

Why large-scale wind power is so hard to build Michael McDonald, Oilprice.com via USA Today :  he Bureau of Land Management faces a problem and wants to shake up the rules around wind farm approvals. The problem is straight-forward on its face, but difficult to reconcile logically: Why are so few new large-scale wind projects being built? Despite the fact that nearly everyone – environmentalists, government regulators, and business interests –wants to build more wind farms, precious few are making it over the goal line. Since 2009, the Obama Administration has approved 46 wind farm projects that would cover a proposed 216,356 acres of public land. Yet only 15 of these 46 projects have made it into operation. The rest are stuck in limbo with years of mandatory environmental analysis ahead or have been cancelled outright.   Cont'd...