In this Interview with Georgios Papadimitriou, President and CEO of Enel Green Power we will disucss how Enel Green Power is utilizing Proxy Revenue Swaps to partially fund the High Lonesome wind project in Texas.

"The strong partnership formed with RIEBSL and RIEGÎM demonstrates EDF Renewables commitment to working collaboratively with local communities and stakeholders and the success that results from pairing project development experience with local expectations, skills and talent

AWEA WINDPOWER 2018 will take place in Chicago, IL May 7th - 10th. This AltEnergyMag.com Special Tradeshow report aims to bring you news, articles and products from this years event. 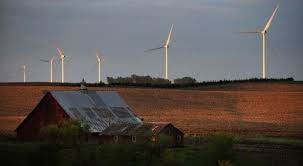 AP via US News: Utility officials say a new wind farm being built in northeastern Nebraska will provide 200 megawatts of power a planned Facebook data center. 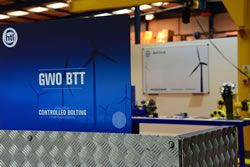 From wind turbines to wave power, renewables is a buoyant market. However, its wind power that has made the most significant impact on how we generate and use energy - and were becoming increasingly reliant on it as an energy source.

The United States has enough offshore wind resources to generate twice the amount of electricity used by the current population, or nearly 2,000 gigawatts annually.

IoT and Utilities: What's Hype? What's Real Change? ...and What You Need to Do

Utilities commercial and operational infrastructures are fast evolving. There is broad agreement that the Internet of Things (IoT) and digitization are altering the competitive landscape in significant ways. 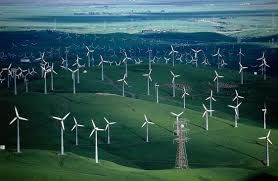 Jess Shankleman for Bloomberg Technology: The European Union may create 716,000 jobs with a target for member states to produce 35 percent of their energy from renewables within 12 years.