DRINKing It in: Five Teams and Their Desalination Designs Earn a Spot in Final Stage of Waves to Water Prize Competition 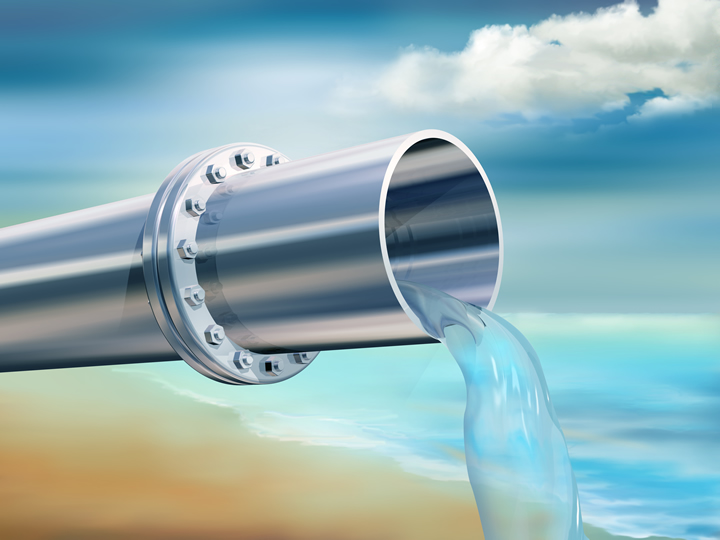 This month, DOE and NREL officially announced the five teams that earned a spot in the fifth and final competition stage, DRINK. Now, these five have 180 days to prepare their devices for an open-ocean trial at the Coastal Studies Institute in North Carolina in April 2022.

Solar energy has a large potential as a renewable desalination energy source because of its abundance on Earth. Furthermore, advances in solar-wind hybrid desalination systems will be looked at, that demonstrate high efficiency and low carbon emissions as well.

How Is Automation Changing Water Treatment for the Better? 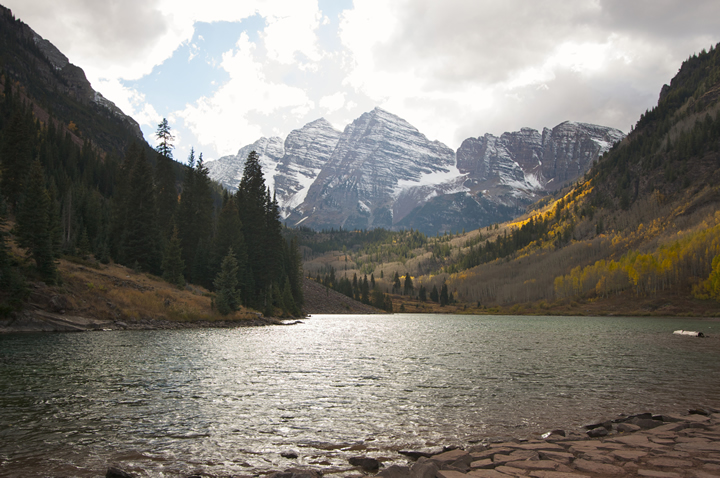 As in virtually every other industry, automation can bring substantial improvements to water treatment. Here's how this technology is changing the sector for the better.

The Skysource / Skywater Alliance, based in Venice Beach, California, received a grand prize of $1.5M for developing an easily deployable high-volume water generator that can be used in any climate

The Water Abundance XPRIZE requires the atmospheric water to cost less than two cents per liter using only renewable energy. Teams cannot use grid power. Standard alternative energy sources such as the three blade wind generators or solar are far too expensive to meet this low figure.

Miguel Helft for Forbes: Each looks like solar panel mounted atop a metal box. The system extracts moisture out of the air at a rate of as much as five liters per day.

Clinton Nguyen for Tech Insider:  Marco Attisani wants his company to be the first to win the Nobel Peace Prize. It's a lofty goal for a 10-person startup, but Attisani is sure that the solar-powered water filtration systemsthey're producing will earn a spot on the shortlist. The filtration machines manufactured by Attisani's Italian company, Watly, are covered in photovoltaic panels that feed electricity into internal batteries. This allows the systems to be installed in the world's most remote locations, free of the need to connect to a power grid. The 40-foot-long, 15-ton units also serve as Wi-Fi hubs and charging stations.  Each machine can process 5,000 liters of drinking water each day and provide Wi-Fi access within a half-mile radius, according to CNN . The team claims the units will last roughly 10 years before they require maintenance.  Watly tested two units in its production facility in Talmassons, Italy in 2013 and 2014 before piloting a unit in rural Ghana in 2015. The company has also started an Indiegogo campaign to help fund an expansion into Sudan and Nigeria.   Cont'd...

Richard Martin for MIT Technology Review:  At the giant Mohammed bin Rashid Al Maktoum Solar Park under construction near Dubai, a desalination facility goes into operation this month. Run by an array of solar panels and batteries, the system will produce about 13,200 gallons of drinking water a day for use on site. That’s insignificant compared with desalination plants elsewhere, but it’s a start toward answering a pressing question: can countries stop burning fossil fuels to supply fresh water? Hundreds of desalination plants are planned or under way worldwide because fresh water is increasingly precious. According to a report from the International Food Policy Research Institute, more than half the world’s population will be at risk of water shortages by 2050 if current trends continue. In drought-ridden California, a $1 billion plant at Carlsbad, north of San Diego, will produce 54 million gallons of fresh water a day. The giant Sorek plant in Israel can crank out more than 160 million gallons a day (see “Megascale Desalination” and “Desalination Out of Desperation”). But these plants are a devil’s bargain; they use power from plants that, in most cases, emit greenhouse gases, ultimately worsening the problem of drought. Saudi Arabia, for instance, uses around 300,000 barrels of oil every day to desalinate seawater, providing some 60 percent of its fresh water supply. That’s not sustainable. Finding a way to produce fresh water without burning fossil fuels is critical not just for the desert countries of the Middle East but for a growing number of places around the world.   Cont'd...

Derek Markham for CleanTechnica:  The company behind what will be California’s first commercial-scale solar desalination plant is issuing $10 million in preferred stock in the venture, through a state-registered direct public offering (DPO) in California. WaterFX Hydro I, Inc., doing business as HydroRevolutionâ„ , a California subsidiary of WaterFX™, is offering the shares to finance the construction of a fully solar-powered desalination plant in the Central Valley, which is expected to be able to produce up to 1.6 billion gallons (5000 acre-feet) of water per year, with virtually zero liquid discharge. The HydroRevolutionâ„ process is said to allow for a 90% recovery rate, with the remaining brine being treated further to isolate the salt and mineral byproducts for industrial applications. Instead of desalinating seawater, as many desalination operations do, this plant will pull water from shallow irrigation water (also called subsurface drainage water) which is produced as a consequence of agriculture, and which has a high salinity content that can be detrimental to freshwater ecosystems. This new plant is a scaled up and expanded version of the company’s demonstration desalination plant.   Cont'd... Full Press Release: 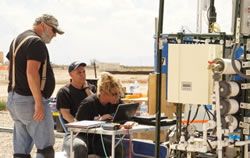 By Eleanor Goldberg for The Huffington Post:   â€‹While there are many technologies out there than can effectively remove salt from water to make it drinkable, most are expensive and rely heavily on electricity –- rendering them all but useless in remote, off-grid villages. That’s why a group of engineers from MIT, backed by Jain Irrigation Systems, set out to invent a system that relies on solar energy to bring clean drinking water to rural areas in India, The Washington Post reported. About 21 percent of India’s communicable diseases are related to unsafe water, according to the World Bank. According to MIT researchers 60 percent of India has brackish groundwater -- while not toxic, that water is too salty to be ideal for human consumption. The group, which took home the first-place Desal Prize last month in the “Securing Water for Food” challenge, used a method called electrodialysis, which relies on electricity and ultraviolet rays, according to the aid organization.   The first-place winners were awarded a $140,000 grant.   Cont'd...