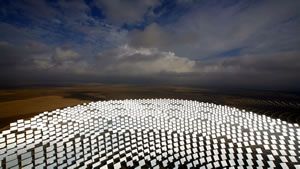 Akshat Rathi for Quartz: Renewable electricity is already competitive with fossil-fuel power. Better still, the report makes the extraordinary prediction: By 2020, all forms of renewable electricity will be consistently cheaper than power produced by burning fossil fuels. 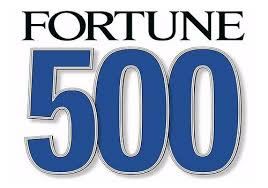 Nichola Groom for Reuters:  A year after Congress extended generous tax credits for renewable energy projects, the U.S. wind industry is thriving. Solar power companies, meanwhile, are hunkering down for a rough 2017. The tax credit renewal has boosted the long-term outlooks for both industries. But in the short term, the subsidies are far more attractive for wind power, which has spurred utilities to launch wind projects while they scale back or delay solar installations. Advances in wind turbine technology are also opening up new locations for development and driving a wave of spending to upgrade existing projects. In the last few weeks, power companies with large renewable holdings - including Southern Co, NextEra Energy Inc and Xcel Energy Inc - have announced plans to invest billions of dollars in wind. "We're making a pivot now away from solar," Southern Chief Executive Tom Fanning told a meeting with Wall Street analysts in October.   Cont'd... By Pete Danko for KQED News:  In just a few short years, solar power has gotten big in California, and now it’s at the top of the renewable energy heap. Data compiled from daily reports by the state’s major grid manager indicate that in 2015, solar became the No. 1 source of renewable energy in California. Not only did solar beat wind power for the first time, but it also topped drought-depleted hydropower, the long-standing leader in California electricity generation outside fossil fuels and nuclear. The California Independent System Operator doesn’t cover the entire state, but it does manage about 80 percent of the California grid, including those portions served by PG&E, Southern California Edison and San Diego Gas & Electric, the state’s three big investor-owned utilities. Every day, CAISO reports on the hourly electrical output from a long list of sources for the electricity used by 30 million Californians, ranging from biogas at the low end of generation to thermal — natural gas, essentially — at the high end.   Cont'd... By MAYUMI NEGISHI for the WallStreet Journal:  Japanese cities are entering the renewable-energy business, the latest phase in a shake-up of the nation’s power sector in the aftermath of the 2011 Fukushima nuclear crisis. So far, about 14 cities have formed companies to generate clean energy from local resources and sell it to area businesses and homes. With full deregulation of the nation’s electricity markets set to begin next year, the government aims to have 1,000 such city-operated companies up and running by 2021 in a direct challenge to regional power monopolies. The move is part of Japan’s strategy for creating energy self-sufficiency, while helping revitalize communities with infrastructure investment.   Cont'd...

By Timothy Cama for The Hill:  The Obama administration announced Wednesday morning a series of efforts worth more than $120 million aimed at boosting solar and other clean energy sources. The initiatives focus on the Department of Energy, where the bulk of the funding will go to programs to develop solar power technology and get it into homes, businesses and other facilities. “President Obama and Vice President Biden are committed to promoting smart, simple, low-cost technologies to help America transition to cleaner and more distributed energy sources, help households save on their energy bills, and to address climate change,” the White House said in a fact sheet outlining the efforts. “All told, this funding will drive the development of affordable clean energy throughout the country,” it said. The actions aim to help out solar power in 24 states, officials said.   Cont'd...

06/29/15, 12:46 PM | EVs and Fuel Cells, Other Energy Topics | government policy, renewable energy
The pollution reduction and clean energy targets would be the most ambitious in the nation, matched only by California.

05/27/15, 01:47 PM | EVs and Fuel Cells, Other Energy Topics | government policy, renewable energy
--- Global policy uncertainty is one of the biggest obstacles to gaining the $48-53 trillion of investment needed to address climate challenges. --- Proactive engagement between climate negotiators and industry implementers will be essential to ensuring measures are deliverable and targeted. --- The World Energy Council Report calls for a stable and meaningful climate framework, guided by clear emissions targets and a flexible approach to the different needs of countries.

04/09/15, 02:40 PM | EVs and Fuel Cells, Other Energy Topics | renewable energy
Annual records for renewable build, coal retirements and gas burn all expected to be broken in 2015