Despite efforts to lower energy use, the rising population and economic growth are driving global energy demand. To balance global demand with clean energy use, we must invest in projects that enable increased use of energy from renewable resources 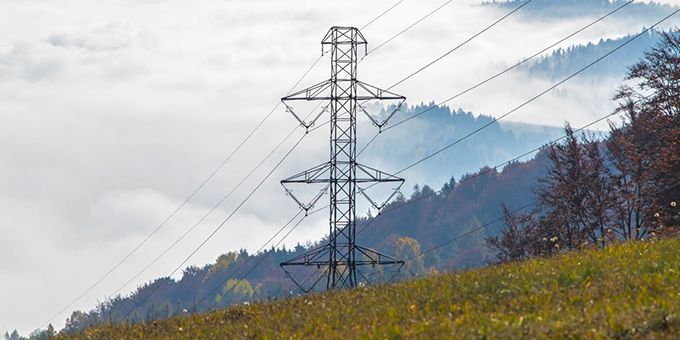 In its Renewable Energy Sources and Climate Change Mitigation report, the International Panel on Climate Change (IPCC) highlighted that renewable energy has the capacity to displace greenhouse gas emissions from fossil fuel combustion, while simultaneously improving energy access. In order to use renewable energy to its full potential, electrical infrastructure must be updated to accommodate the increase in supply and transport power to where it’s needed. Here Francesco Ierullo, Head of Sales for South and West Europe and IMEA at global composite technology company Exel Composites, discusses how using composites can improve renewable energy transmission across the grid.

Despite efforts to lower energy use, the rising population and economic growth are driving global energy demand. To balance global demand with clean energy use, we must invest in projects that enable increased use of energy from renewable resources. However, to accommodate a widespread use of renewables in infrastructure, the grid must be capable of meeting modern energy demands.

A closer look at conductors

Renewable energy sources may be located far from where the generated energy is consumed. For example, the majority of wind power plants in Italy are based in the south of the country, but the nation’s industrial hub is located in the north. As a result, transmission and distribution infrastructure must be capable of carrying the additional load. Many of these power lines were installed decades ago and were not designed to accommodate the additional mix of modern energy sources.

Traditional conductors consist of an outer aluminum conducting ring and a reinforcing steel core — known as aluminum conductor steel reinforced (ACSR) conductors. However, their current capacity is limited by the steel core that has a high coefficient of thermal expansion, meaning the heat from the current passing through the conductor and the ambient temperatures cause the steel to expand.

The result is a lengthening of the conductor between the tower supports, which causes thermal sag, where the conductor drops lower to the ground. This is exacerbated in older conductors that have a natural sag after being hung for decades. Sag that exceeds standards poses a safety risk and can lead to power outages, so these conductors must carry a lower current.

Despite the issues of the old conductors in the grid, many utility companies are reluctant to perform a complete replacement of tower infrastructure as it requires a great amount of labor, time, and economic investment. This is particularly true in areas with uneven terrain, such as mountains where additional equipment such as helicopters may be required.

In place of a complete infrastructure replacement, ACSR lines can be upgraded to composite cored conductors, which have a lower coefficient of thermal expansion, allowing the conductor to carry over twice the amount of current. The high strength-to-weight ratio of composites translates into a higher tensile strength, which allows the conductor to be pulled tighter. Composite cores are more lightweight than steel, allowing more conducting aluminum in the conductor and therefore increased transmission capacity.

The upgrade is significantly cheaper than total grid replacement, as it can reuse the existing pylon and tower infrastructure. The process is also substantially quicker, which minimizes disruption to energy supply. Additionally, if the composite cored conductors are used in a new area where the electrical infrastructure must start from scratch anyway, the high current capacity allows the tower count to be reduced.

Exel Composites has decades of experience in the electrical industry and manufactures strong and lightweight composite cores with a low coefficient of thermal expansion. Exel’s composite cores have performed strongly in accelerated aging testing with minimal reduction in performance, and we can work with utilities to respect their testing needs. Carbon fiber composite cores are produced using cost-efficient continuous manufacturing processes of pultrusion and pull-winding, and can be spooled kilometers at a time to keep production costs low, while ensuring consistent quality.

Renewable energy will play a crucial role in mitigating climate change, and provides the opportunity to improve energy supply. Upgrading older power lines from steel cored conductors to composite alternatives will increase the current capacity of the grid, transporting renewable energy efficiently from generation to end use — helping to power the future.