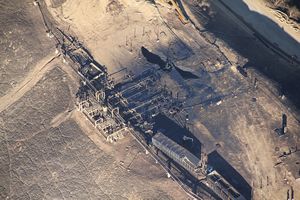 Andy Colthorpe for Energy-Storage News: The requirement of nine hours of energy storage duration at a project touted as a possible replacement for a new natural gas plant in California makes it tough for the newer technology to compete on cost, an analyst has said. 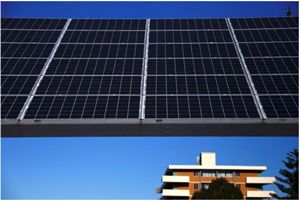 Sonali Paul for Reuters: One of Australia's leading power suppliers, AGL Energy (AGL.AX), has offered cheap batteries to 1,000 homes with solar panels as part of what it describes as the world's biggest "virtual power plant" in Adelaide, South Australia, a state plagued by blackouts over the past year.

Lacy Cooke for Inhabitat: Toronto Hydro is testing a grid-scale energy storage system that can be attached to poles already present around the city. 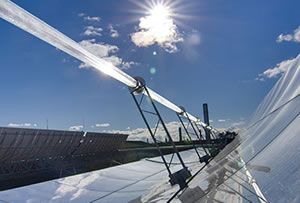 Conor Ryan for Energy Storage News: A first prototype of the storage system is expected to be developed later in 2017, with both companies planning to secure a commercial pilot plant during 2018. 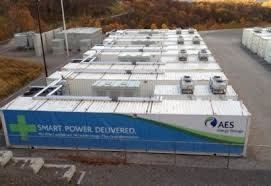 Joshua S Hill for CleanTechnica: The United States had its largest ever quarter for energy storage deployment this year, deploying 234 megawatt-hours worth of energy storage across the first quarter of the year.

David Nield for Science Alert: Construction will soon be underway on a gigantic solar farm in South Australia that's set to be the biggest of its kind in the world - thanks to 3.4 million solar panels and 1.1 million individual batteries. The project is expected to be completed by the end of the year, at which point the huge plant should outdo all other solar farms in terms of overall battery capacity - although other solar facilities are larger in terms of land area.

As of 1 December 2016, an energy system of the future will be developed in Northern Germany as part of the large-scale project NEW 4.0. From 2035, around 4.5 million residents in the federal states of Hamburg and Schleswig-Holstein will be provided with power by renewable energy sources alone. Applying Industry 4.0 systems, the project will demonstrate how imbalances in production and consumption can be offset based on renewable energies.  Northern Germany is playing an important role in Germany's energy transition: Schleswig-Holstein as an energy supplier with an ever increasing number of onshore and offshore wind farms, and the city state of Hamburg as a location for industry and large power consumers. As part of the NEW 4.0 project, the states of Hamburg and Schleswig-Holstein have been merged into one consistent energy region. The overall objective is to serve as a showcase for Germany and to demonstrate within a European context that the energy transition is indeed feasible: NEW 4.0 will showcase how a region with 4.5 million residents can be supplied with regenerative energy as early as 2035 using 100% safe, affordable, eco-friendly and socially acceptable energy sources that can lead to a reduction in CO2 emissions by 50 to 70%.   Full Press Release:

Jon LeSage for HybridCars:   Tesla’s energy storage division just won a very large contract with a major California utility to stabilize power outages. While the acquisition cost hasn’t been announced, Tesla Energy will supply 20 megawatts of energy storage to Southern California Edison – enough to power about 2,500 homes for a full day. It’s part of SCE’s efforts to prevent blackouts by fossil-fuel electricity generation with lithium-ion batteries. Investment in Tesla’s product, called Powerpacks, is thought to be worth tens of millions of dollars, and is expected to be operational by the end of this year. The deal ties into Tesla’s plans to broaden its base beyond manufacturing and selling electric cars, similar to its recent investment in SolarCity. It also signifies advancements being made in energy storage, which is reaching a much faster pace – months instead of years, according to an analyst.  Cont'd...