How Solar Professionals Can Find Opportunity in the Healthcare Industry

Due to the cultural wave happening that's popularizing renewable energy, solar power could become accessible in all areas. If you're a solar professional, then you may have the opportunity to take part in this very important and necessary change within the medical field.

05/30/19, 08:41 AM | Solar & Wind | Analysis and Trends, government policy
The nation's two biggest cities, Madrid and Barcelona, along with Cádiz, Zaragoza and some 700 smaller municipalities are all now using 100 per cent certified renewable energy for street lighting and public buildings.

Integrated Energy - Electricity, Heat and Mobility Are Growing Together

When we talk about energy transition, we first think of power produced from renewable energy sources. However, there is even more to a successful energy revolution. The "green" power has to be used - and ideally in the most meaningful way possible.

A Multi-trillion-dollar Energy Marketplace Is Emerging 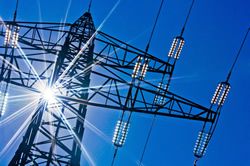 Billions of individual devices and population growth have increased demand exponentially. Technology advances with the potential to lower costs and ward off cyber dangers are critically needed. And, commitments to clean and renewable energy sources have become mandates.

The Impact of Electric Cars on the Automotive Industry

Although the shift to electric was once considered far off and unlikely for many people, the rising concern for climate change and sustainability has helped sway public opinion towards the need for transportation based on alternative energy.

Besides encouraging more renewable electricity generation, improved energy storage technologies have several benefits, including a more efficient grid that is unaffected by disruptions and less carbon dioxide emissions because the electricity will be greener.

What Does the Future of Fuel Bring?

We are currently being encouraged to make the transition over to electric and hybrid vehicles, but just what effect will this have on traditional fuel sources? Lookers, who offer a variety of car servicing plans, explore what the future of fuel looks like for the UK.

By definition then, VPPs are an attempt at whole-systems thinking; looking to combine DERs in such a configuration that they're greater than the sum of their parts.