Identified Microgrid Capacity Has Tripled in the Last Year, According to Navigant Research

05/08/15, 10:30 AM | Solar & Wind, EVs and Fuel Cells | Analysis and Trends, market research | PVinsights.com
The unexpected slow demand and the aggressive price competition accelerate poly-silicon price downtrend. At the moment, China domestic demand seems to perform lower than expected. Without the strong demand recovery, Non-Chinese poly-silicon manufacturers, especially American, are still doing the price competition and dumping their products in the market, due to their concerns on the upcoming Chinese anti-dumping final ruling.

PV module gross profits will top $5 billion in 2015, which is more than double the profits garnered in 2014

One of the fastest-growing areas of solar energy research is with materials called perovskites. These promising light harvesters could revolutionize the solar and electronics industries because they show potential to convert sunlight into electricity more efficiently and less expensively than today’s silicon-based semiconductors.   These superefficient crystal structures have taken the scientific community by storm in the past few years because they can be processed very inexpensively and can be used in applications ranging from solar cells to light-emitting diodes (LEDs) found in phones and computer monitors.   A new study published online April 30 in the journal Science by University of Washington and University of Oxford researchers demonstrates that perovskite materials, generally believed to be uniform in composition, actually contain flaws that can be engineered to improve solar devices even further.   Cont'd...

04/29/15, 05:34 AM | EVs and Fuel Cells, Other Energy Topics | Hydro Power, market research
Highlights the Success and Potential of American Hydropower 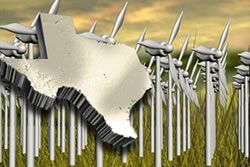 The boom in West Texas wind-powered electricity generation has delivered a major economic boost to the region, including creation of over 40 new businesses and 30,000 construction jobs in 57 West Texas counties since 2001, according to data collected by Public Citizen’s Texas office.   The 40 new manufacturers and businesses make everything from wind turbine blades and steel towers to electronics, according to the data. Wind farms also generate over $85 million in taxes annually in rural Texas counties and more than $9 billion in new taxable assets in the last 14 years.   Over a five-month period in 2014 and 2015, Public Citizen’s Texas office collected data on the economic impact of wind development from county appraisers and tax assessors in the 57 West Texas counties. The data includes estimates of investment values, employment, tax revenues, and lease payments by wind farms, and it reflects review of previous research and case studies.